From EconoFact (update of May 2021 version): 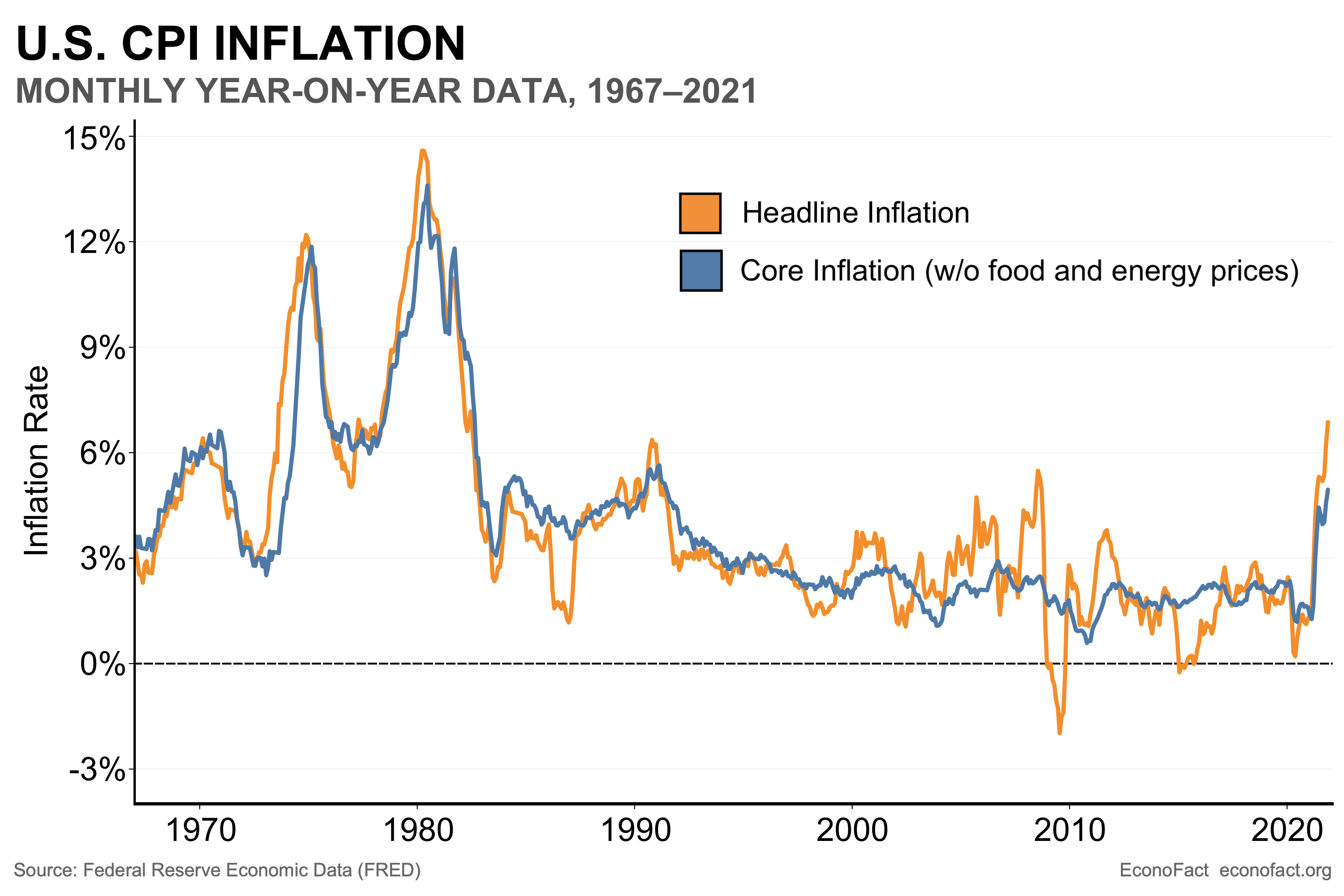 From “What This Means”

Inflation — both actual and expected — matters. Inflation makes it harder for consumers and workers and firms to distinguish between relative and general price changes. It also makes it more difficult to make plans for saving and investment. And, higher expected inflation raises borrowing costs for the government (although higher actual inflation erodes the real value of government debt). Finally, the Fed tends to respond to higher inflation by tightening monetary policy, which depresses economic activity. Hence, the stakes are high for avoiding a sustained acceleration in inflation. So far, inflation has risen in a halting fashion, but remaining more persistently high than previously anticipated. Near term expectations of inflation have risen, but remain relatively muted – particularly amongst economists — either because the anticipated output gap or the responsiveness of inflation to the output gap are thought to be small, longer term inflation expectations remain well-anchored, or all three.

For discussion of alternative measures of inflation, see this post.

For discussion of the role of the goods/services distinction, and role of shelter costs, see this post.