While the quote is taken verbatim from Politico, it is not clear to me that natural gas prices are sky-high in the European context. Here are data for US natural gas futures (blue line) vs. Dutch TFF futures (green line). 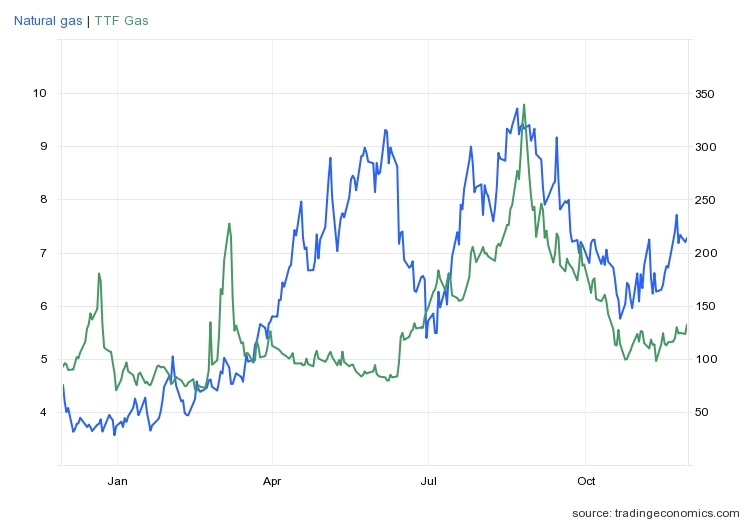 Prices are quoted in different units (Eur/MWh for TTF, USD/MMbtu for US), so a direct comparison is not possible. Still one can see TTF prices are much below what they were earlier in the year (although much higher than they were two years ago).

What about LNG. Here, as I’ve noted, markets are segmented because of capacity for transport and for conversion from liquid to gas form. EIA notes for the week ending 11/16:

Is this to be expected (as opposed to whether this is a “good” or “fair” outcome)? I’d say yes, given what we know about the market (see this post). The quote in the post is from Loureiro et al. (2022):

…[T]his study conducts growth convergence testing and clustering analysis on a panel comprised of four established gas price benchmarks and two emerging ones that expand up to the pre-Covid-19 period. The most significant finding is that no gas price convergence can be found outside Europe. This is despite the existence of episodes of partial convergence that are identified in the literature, and replicated and explained here. Importantly, the results strongly reject the postulate that increased LNG flows serve as a price-levelling arbitrage mechanism.

Once one sees the relative magnitudes of flows a few years earlier, one can see why price equalization would be unlikely. 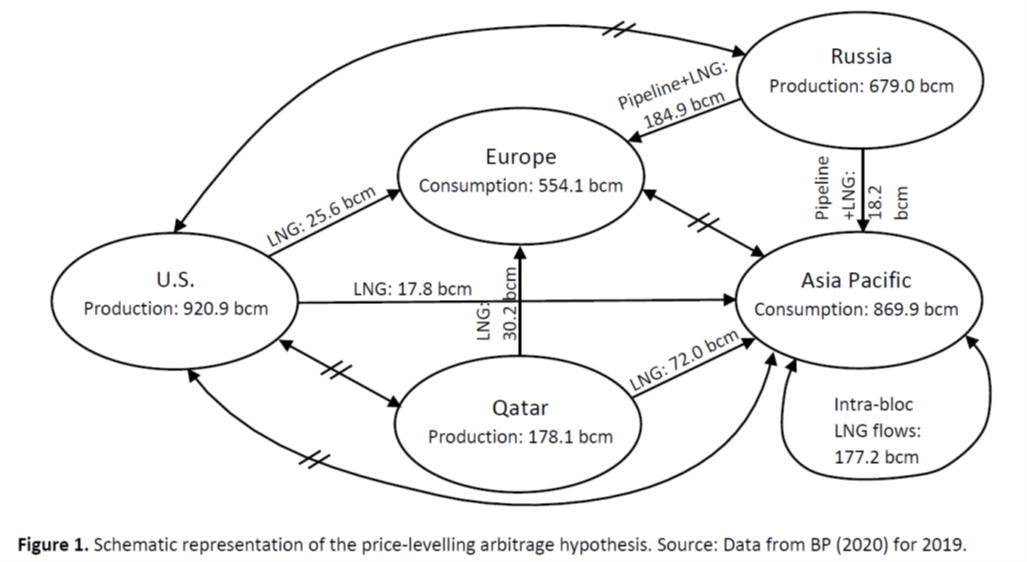 * If you were wondering, yes, this is the same JohnH who has trouble determining where median real earnings data are located, what ONS data is reported, and doubts Ukrainian moves to take Kherson.