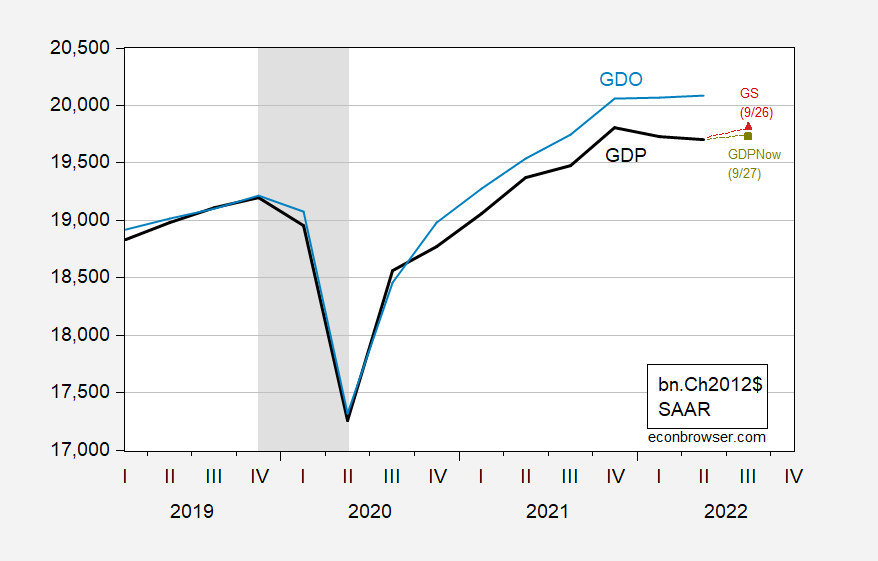 We don’t know what the revision will do to the trajectory of GDP, but we do know that overall, GDO better predicts what revised GDP will eventually look like than reported GDP.  The first annual benchmark revision can sometimes lead to noticeable changes. For instance, the 2018 annual benchmark implied that Q1 GDP was 0.4 percentage points higher than originally reported.

Revisions are discussed in detail in this BEA article.