One term spread steepens sharply; only one spread has actually inverted. The five year inflation breakeven is falling. And risk is rising. 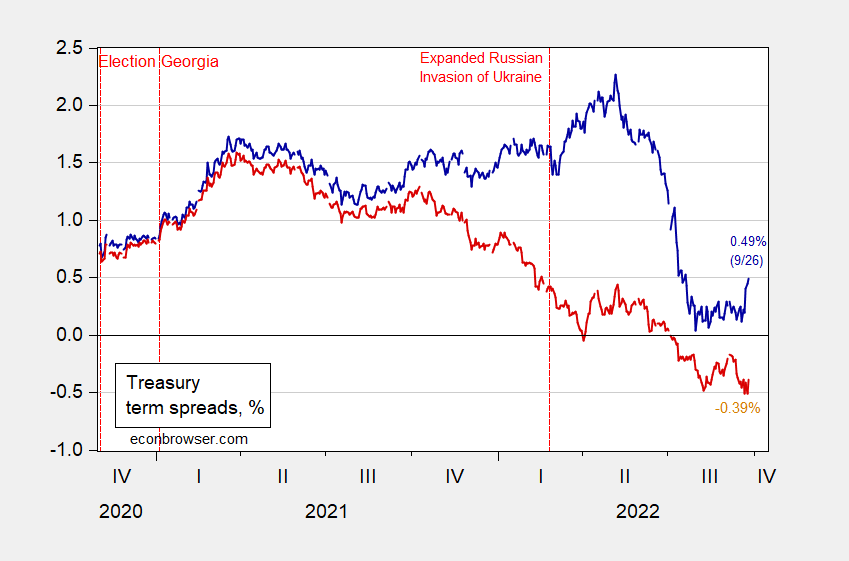 Spreads have increased recently, so peak recession probabilities from plain vanilla 12 month ahead probit models are 31% and 39% for August 2023.

Inflation breakevens have experienced a startling descent, if calculated naively using unadjusted Treasurys and TIPS (at 5 year horizon). However, after adjusting for risk and liquidity premia, we see a different story — although the conclusion is much the same. 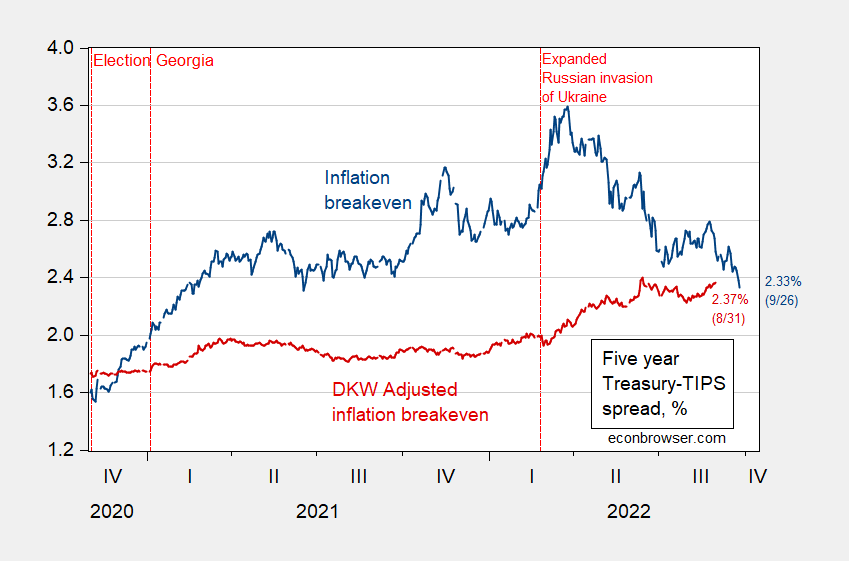 Expected inflation over the 5 year horizon averages around 2.3-2.4%, but the adjusted series shows a slower constant ascent since the expanded Russian invasion of the Ukraine.

What about perceived risk? The VIX and a conventional bond spread — Moody’s BAA-10 year Treasury spread — moved in lockstep. Until mid-August, when the last peak in the SP500 occurred. 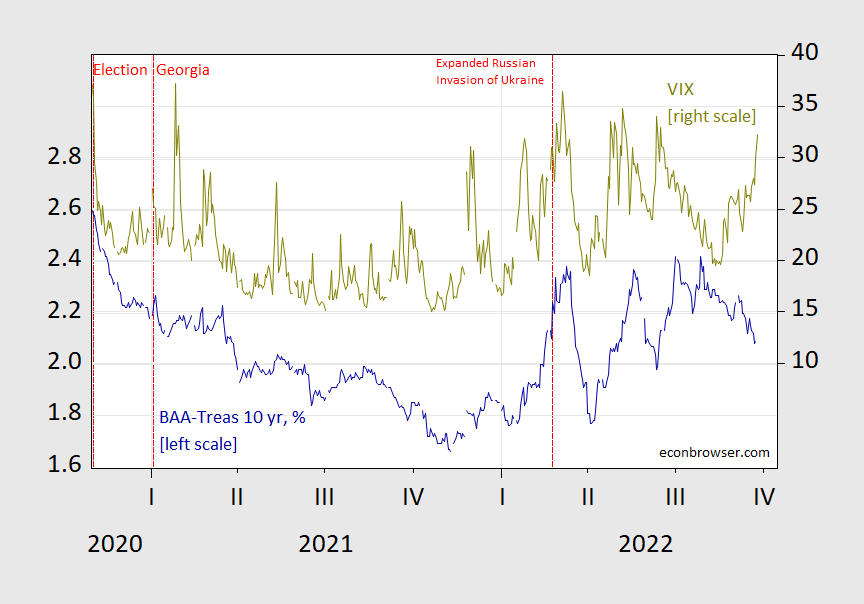 Since then, the VIX has risen as equity markets have declined. Increasing perception of risk is for the moment localized to the equity market.