As forecasts are marked down (IMF releases new forecasts on Tuesday), here in two pictures is my answer: 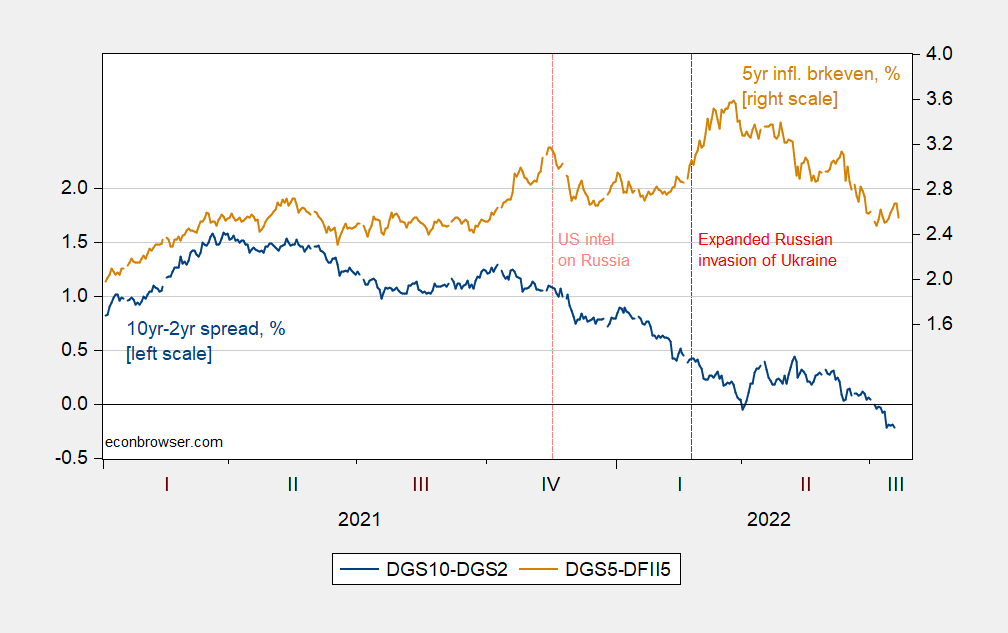 Using the term spread, we can estimate probabilities of recession based on historical correlations. These are shown in Figure 2. 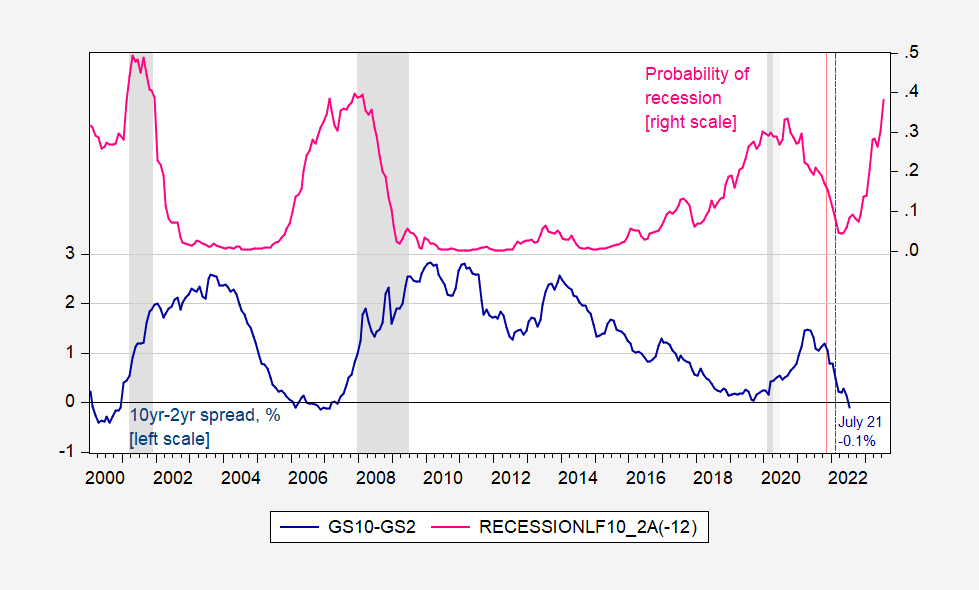 If one uses a 30% threshold for calling recessions (this catches essentially all past recessions, but also predicts a recession in 1999/2000), then we’re headed to one starting in June 2023.

One’s answer will differ depending on whether to use the 10yr-3mo instead of the 10yr-2yr. In addition, if you wondered if somebody’s policies enabled/encouraged Mr. Putin to engage in this expanded invasion of Ukraine, well, you might lay the blame somewhere else.