• 20 Ways the Supreme Court Just Changed America The long-term outcome of the Supreme Court’s Dobbs ruling is anything but clear right now. But hearing a range of thinkers’ best guesses at where we could go can give us insight into the visions of the country that anti-abortion and pro-abortion groups will be fighting for now that 50 years of Roe v. Wade are firmly behind us. (Politico)

• Want Some Grill Goals for Summer? These 10 Will Keep You Busy Chefs and other masters of the flame tell how to elevate your outdoor cooking. (Bloomberg) see also Summer Grilling Recipes: Top Techniques for Harnessing the Flavor of Fire If any ingredient can be called universally craveable, it’s smoke. Recipes for grilled halibut, smoky eggplant dip and smoked red pepper soup get remarkable depth from the world’s oldest cooking method. (Wall Street Journal)

• The Hamptons Covid-Era Buying Frenzy Is Officially Over (At least until August). The Hamptons Covid-era buying frenzy is a thing of the past. “It’s certainly not gangbusters like it was,” says Paul Brennan, a broker with Douglas Elliman. “Things have slowed down. There’s still lots of activity, but people are not pulling the trigger as quickly as they did a few months ago.” (Bloomberg)

• Sheryl Sandberg and the Crackling Hellfire of Corporate America: This was a book about how women in corporate America could—and should—strive to get the most money and the most power. But where should they seek such power? In the crackling hellfire of C-suite America. Is this feminism? (The Atlantic)

• ‘Where there’s bodies, there’s treasure’: A hunt as Lake Mead shrinks: The reservoir supplying electricity to 350,000 homes as well as irrigation and drinking water to about 25 million people stands at a record low. (Washington Post)

• Why scientists really, really want to know if there was ever life on Mars If there was life on Mars billions of years ago — even just microbial life — it could change our understanding of how life begins. (Vox)

• 10 ways to fix a broken Supreme Court Democrats don’t have the votes right now for major Supreme Court reform. But if they pick up seats, they could have many options. (Vox)

• How ‘All the President’s Men’ went from buddy flick to masterpiece Early drafts of the screenplay struggled with how to depict Woodward and Bernstein. (Washington Post)

• The Gospel According to Mavis Staples A legendary singer on faith, loss, and a family legacy. Mavis Staples has been a gospel singer longer than Elizabeth II has worn the crown. During concerts, sometimes, she might take a seat and rest while someone in her band bangs out a solo for a chorus or two. No one minds. Her stage presence is so unfailingly joyful—her nickname is Bubbles—that you never take your eyes off her. Staples sings from her depths, with low moans and ragged, seductive growls that cut through even the most pious lyric. She is sanctified, not sanctimonious. (The New Yorker)

Be sure to check out our Masters in Business next week Perth Tolle with founder of Life + Liberty Indexes, index provider and sponsor of the Freedom 100 Emerging Markets ETF. The first-of-its-kind strategy uses personal and economic freedom metrics as the primary factors in its investment process. Prior to forming Life + Liberty Indexes, Perth was a private wealth advisor at Fidelity Investments in Los Angeles and Houston and had lived and worked in Beijing and Hong Kong, where her observations led her to explore the relationship between freedom and markets.

Summer in America is becoming hotter, longer and more dangerous 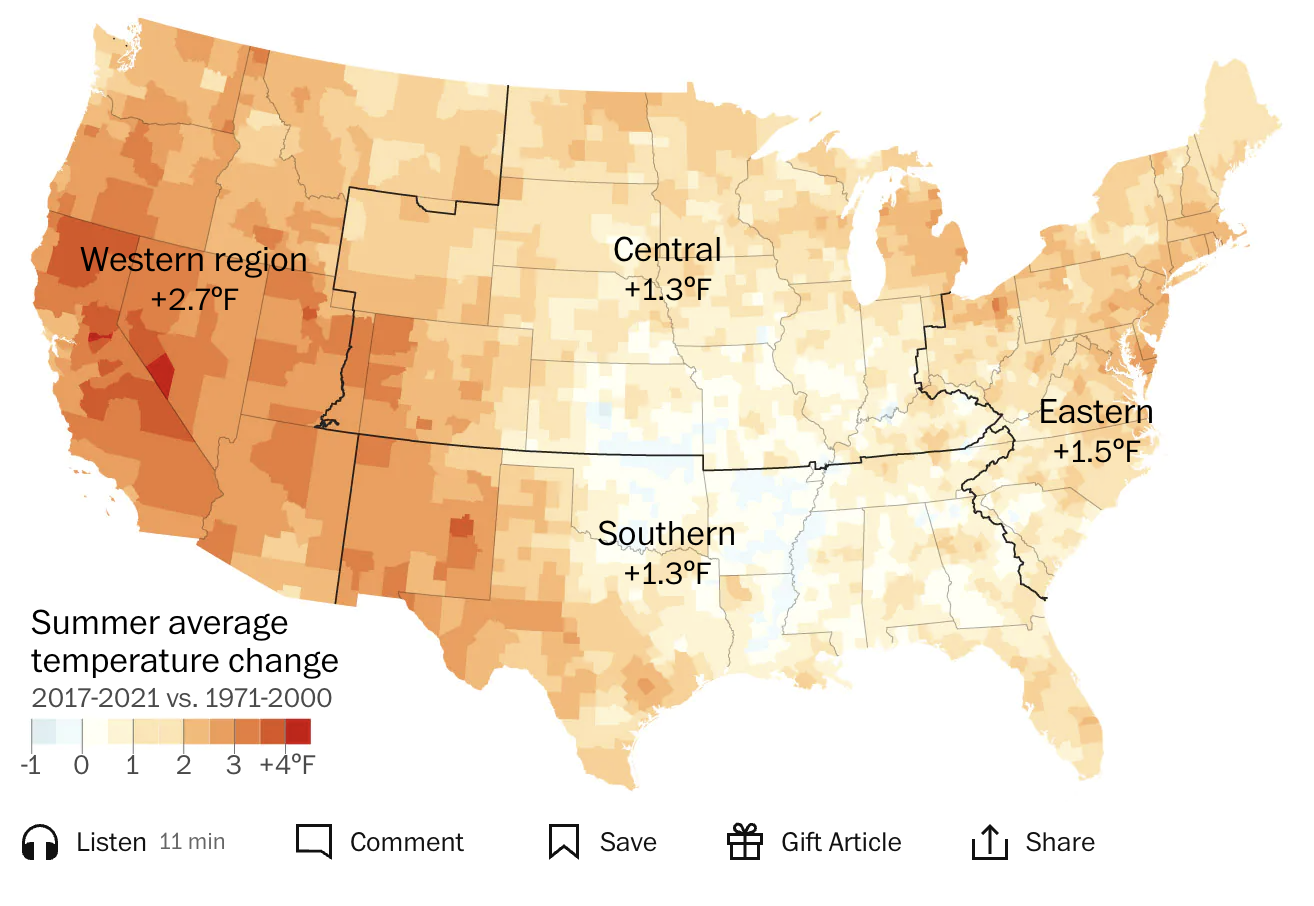