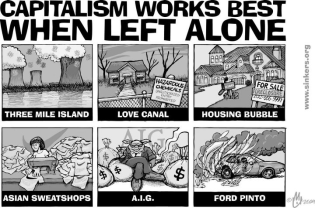 Although I never believed it when I was young and held scholars in great respect, it does seem to be the case that ideology plays a large role in economics. How else to explain Chicago’s acceptance of not only general equilibrium but a particularly simplified version of it as ‘true’ or as a good enough approximation to the truth? Or how to explain the belief that the only correct models are linear and that the von Neuman prices are those to which actual prices converge pretty smartly? This belief unites Chicago and the Classicals; both think that the ‘long-run’ is the appropriate period in which to carry out analysis. There is no empirical or theoretical proof of the correctness of this. But both camps want to make an ideological point. To my mind that is a pity since clearly it reduces the credibility of the subject and its practitioners.                   Frank Hahn