of GDP, along with current Gross Domestic Output (average of GDP and GDI): 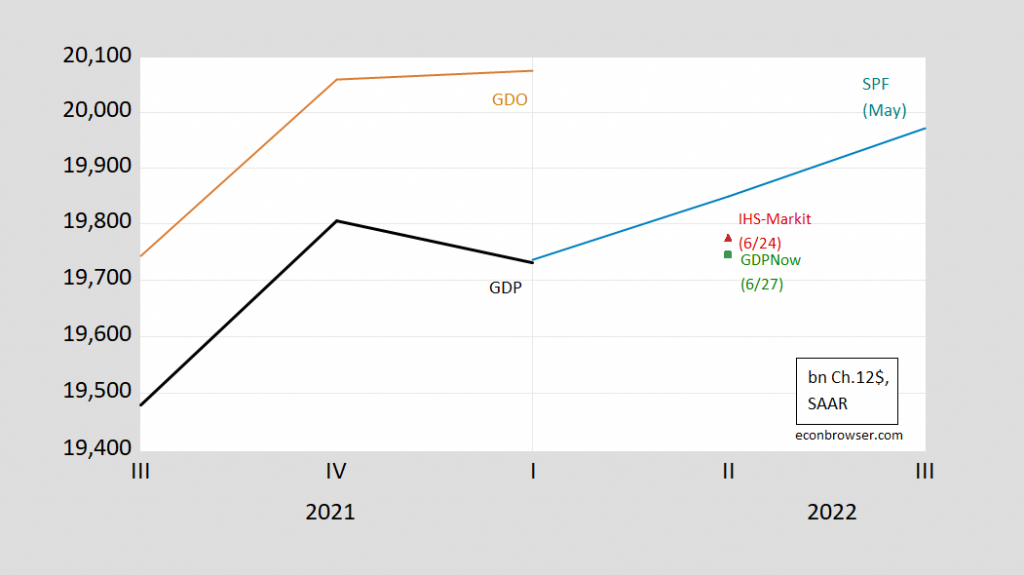 Both IHS-Markit and Atlanta Fed are under (0.9%, 0.3% SAAR) Survey of Professional Forecasters, using survey responses at end-April.  On the other hand, GDPNow is in latest assessment indicating positive growth rather than zero. St. Louis Fed’s economic news based nowcast (of 6/24) is for 3.7% growth.

GDPNow and tracking forecasts are based upon higher frequency data that come in before the relevant quarter’s advance release. The fact that they are in the positive range is suggestive that the first print for Q2 GDP will not be negative. However, as with all such macro data, there will be subsequent revisions which will very likely change the contours of the time series, thus explaining why the NBER BCDC usually waits a long time before making a determination on trough (or peak, for that matter).

For various other indicators, see here and here.