At February 10th levels, but 10yr-2yr term spread below. 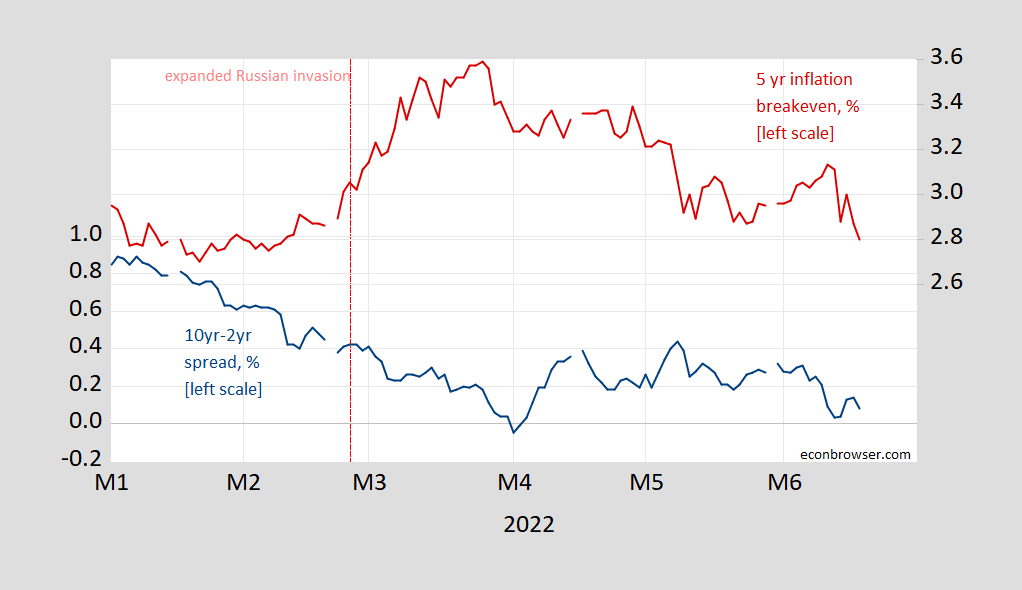 Current commentary seems to envision recession as pretty much a foregone conclusion. Using a simple 10yr-2yr term spread probit model, the probability of recession in May 2023 is 18%; using 10yr-3mo, it’s 2%. Adding in the Fed funds rate does not change the results appreciably. However, as noted by Ahmed, including oil prices, financial conditions, foreign term spreads can raise the probability to around 60%.