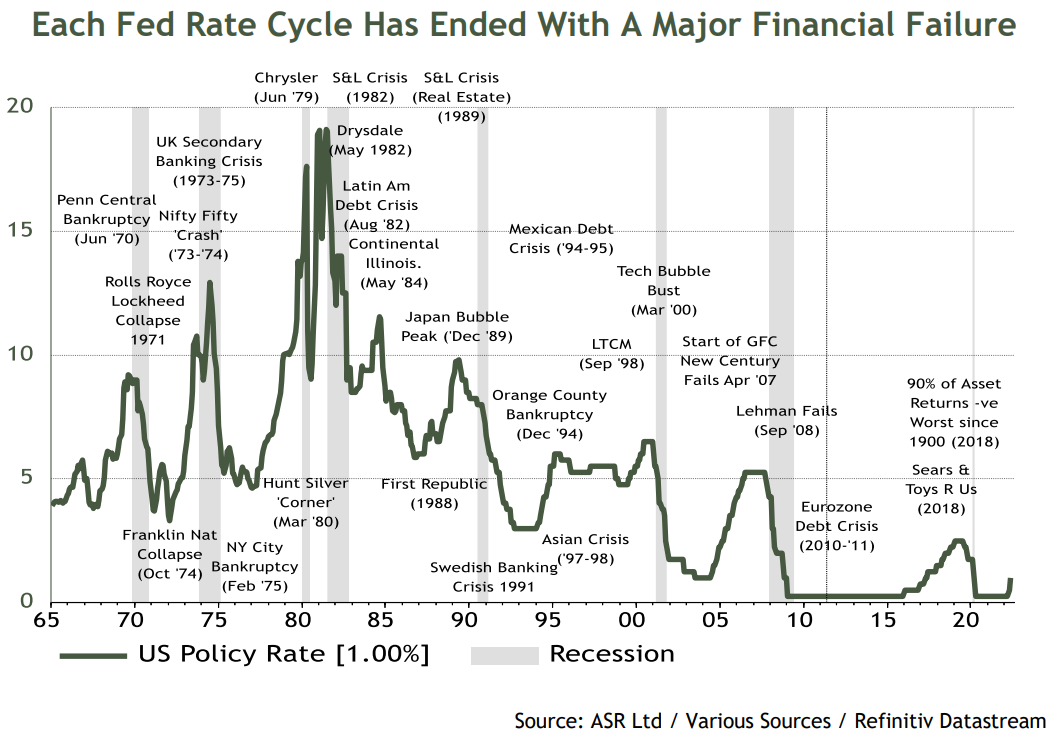 That has been the rallying cry for so endless misguided analysis and criticism going back at least to the 1990s, if not before.

Has the financial press ever written a less insightful and lazier line than the “Fed-driven rally?” As if a columnist actually knows what is driving the market at any given moment in time (or year, for that matter).

Blaming the Fed for all of the evils in the world has become a cottage industry — certainly for booksellers: The Lords of Easy Money, The Tyranny of the Federal Reserve, Fed Up, End The Fed, and the father of the genre, The Creature from Jekyll Island.

I am no Fed apologist, either. The Federal Reserve has been a subject of 717 posts on this site — both pre- and post-Great Financial Crisis (GFC). When I created my list of who to blame for the great financial crisis, Fed Chair Alan Greenspan was #1, The Fed’s monetary policy was #2, and the Federal Reserve again in its role as bank regulator was #11. Bailout Nation, chapter two, is titled “The creation of the Federal Reserve and its role in creating our Bailout Nation.” if you would have told me I would be writing this post a decade ago I would have laughed at you.

Despite this, I try to avoid the easy, lazy tendency to place all of the world’s ills at the feet of the U.S. central bank. To be sure, U.S. central bank errors are, in the parlance of the battlefield, a “target-rich environment.” But at a certain point, you must acknowledge the way the world actually works and avoid overly simplistic, post-hoc narratives. These three Cs explain why:

Complexity: The world is complicated; only rarely is one single factor THE driver of an economic outcome.

Causation: Knowing the exact, specific cause of any given event is extremely difficult. We can hypothesize and debate, but we rarely know why.

I could probably add a fourth C: Certainty. I am genuinely astonished over exactly how certain so many pundits are that they have deduced the causation of all of our woes, and laid it at the feet of the Fed.

I do not have a dog in this fight; however, I detest the sort of lazy analysis that leads investors down an ill-considered, and ultimately money-losing path…

Single vs. Multiple Variable Analysis in Market Forecasts (May 4, 2005)