As noted in the post by Rashad Ahmad, foreign yield curve developments helped predict US growth. What did those spreads do? And, turning the question on its head, what does the US spread mean for those economies’ recession prospects?

Figure 1 depicts 10yr-3m sovereign spreads over time — so before the 2007 recession and during the run-up to  the 2020 pandemic. 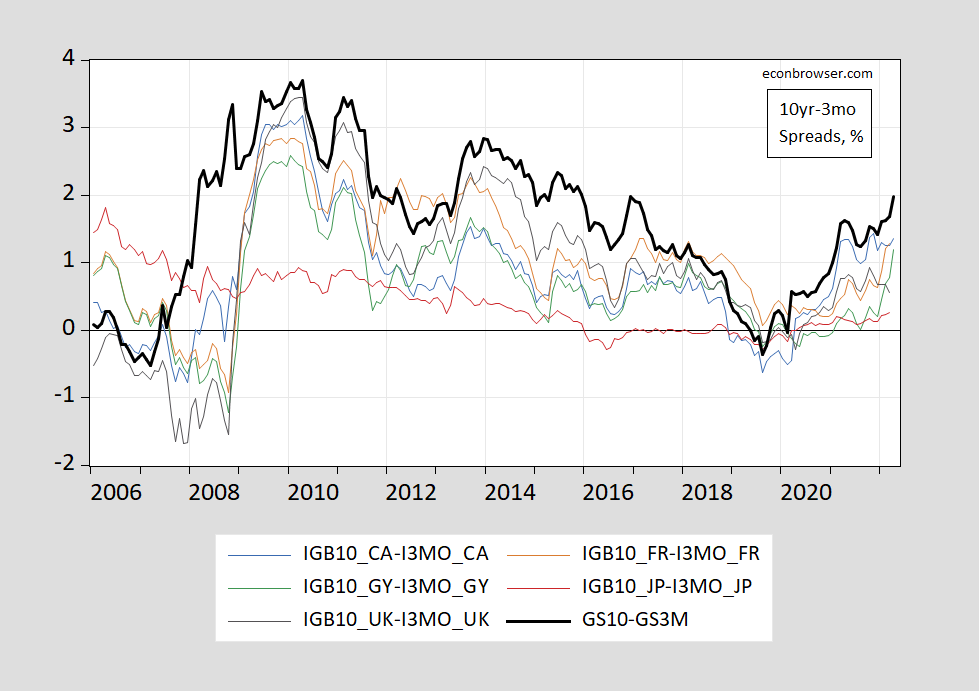 A cleaner measure for the foreign countries would’ve used sovereign yields for the short rate, to make comparable to the US spread (and to control for default risk), but I couldn’t get that easily.

A quick and dirty look at the data shows that the US term spread does not help much in adding to the 12 month predictive power of own-term spread for recessions during the 1970-2022M05 period for the countries shown above (recession peak-to-trough dates from ECRI). The probit regression involves the local economy recession indicator on the LHS, and the local term spread on the RHS, alone and augmented with the US term spread, along with a constant. (Of course, results might change with the addition of other covariates like oil price, equity prices and some measure of financial conditions).

Note that I only examined recessions; I didn’t examine growth or inflation. More for later.