The Russian invasion probably explains the bulk of the downward revisions in the WSJ’s consensus. 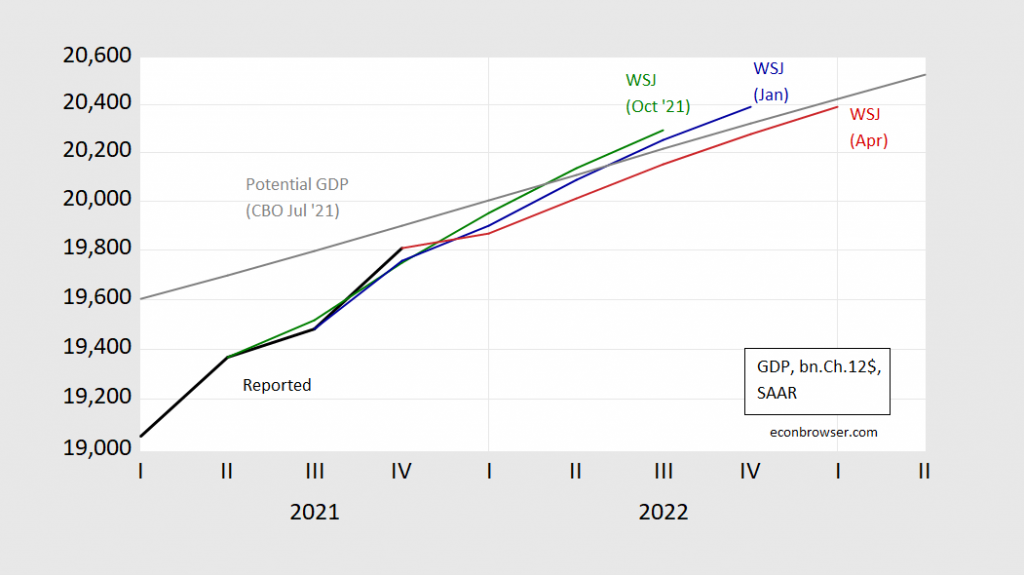 If one believes the CBO’s estimate of potential GDP, then the economy’s output gap is still negative, and has some way to go before hitting full employment. The observed inflation is then interpreted as cost-push, rather than demand-pull (to use admittedly old fashioned language).

Another piece of evidence consistent with this view is the fact that while inflation expectations moved up in late January and early February, they weren’t large movements (as far as can be seen in typical surveys). That means that it’s the disruptions associated with the Russian invasion (oil prices, commodity prices, economic and economic policy uncertainty) that likely induced the downward revisions in expectations. 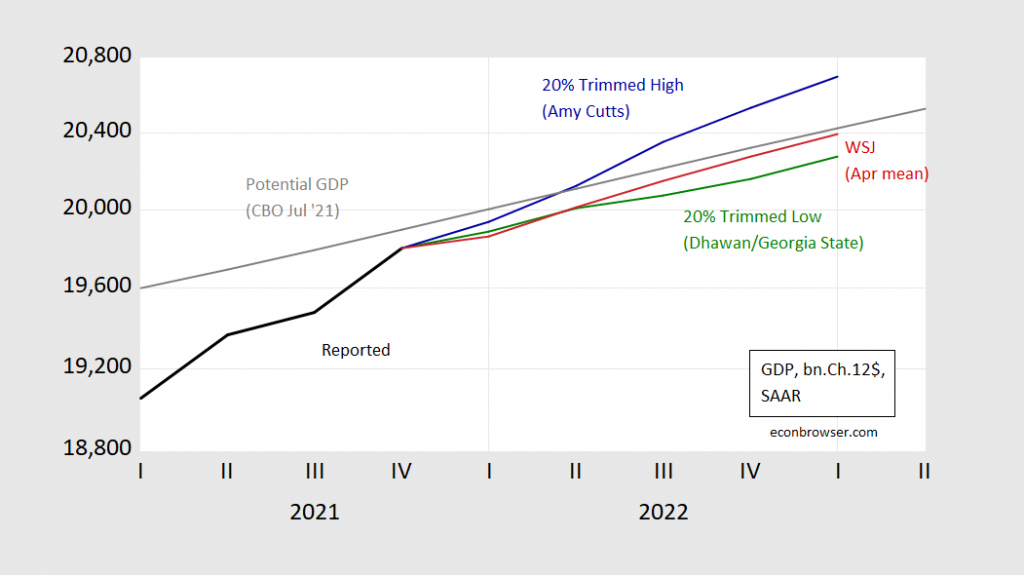 Note that the recession forecasts we’ve been hearing about are for 2023. 2023 Q4/Q4 forecast mean growth is 2.18% — considerably above the 0.7% forecast by Deutsche Bank that incorporates the late 2023 recession.