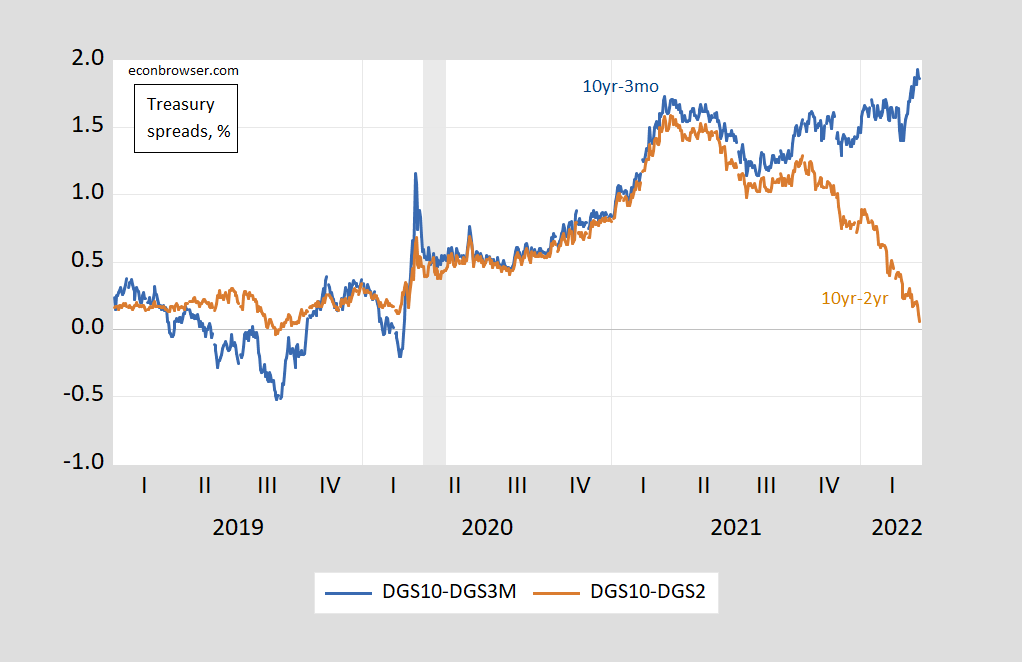 The 10yr-2yr spread is approaching zero, so that segment of the yield curve would be closing in on inversion, a sometime precursor to recession.

Inspection of the yield curve today, and at several points in time, suggests that today’s inversion does not apply to a wide segment of curve. 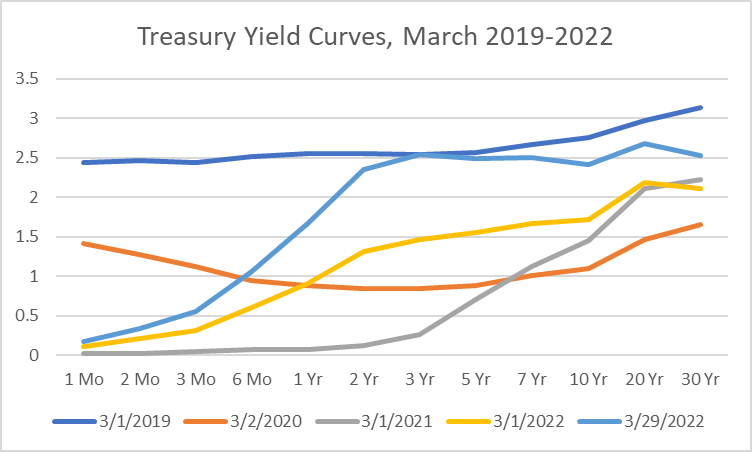 Figure 2: Yields for Treasurys at different maturities, in %. Source: Treasury.

Note that as of today, inversion is only showing up at the 10yr-3yr segment (10yr-7yr segment as of yesterday).

The rationale for inversion serving as a precursor to recession is the idea that lower expected future short rates during recessions drive lower longer maturity rates. In principle, a “cleaner” look at how expected future short rates look relative to the current short rate can be obtained by removing the term premium (presumably driven by inflation risk) for the long maturity. In Figure 3, I show the spreads adjusted by DKW estimated inflation risk premia. 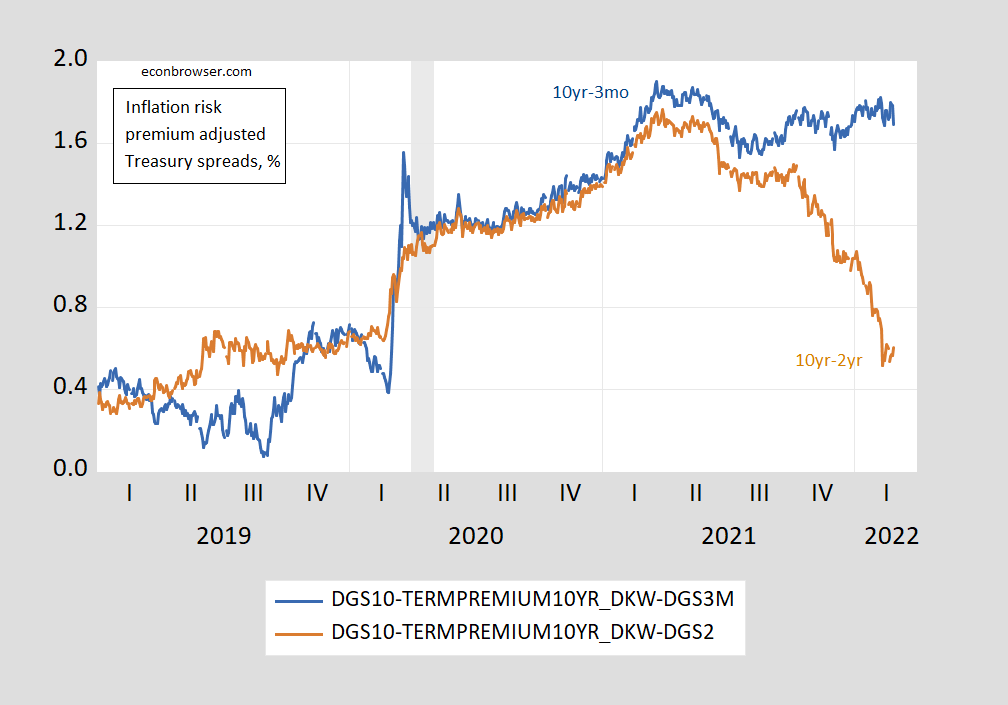 When the 10 yr-3 mo spread is purged of the term premium on the 10 year Treasury, then in principle that variable measures the expected short term interest rates over the next 10 years relative to the current 3 month yield. This is what the unadjusted and adjusted 10yr-3mo spread looks like over the past 3 decades. 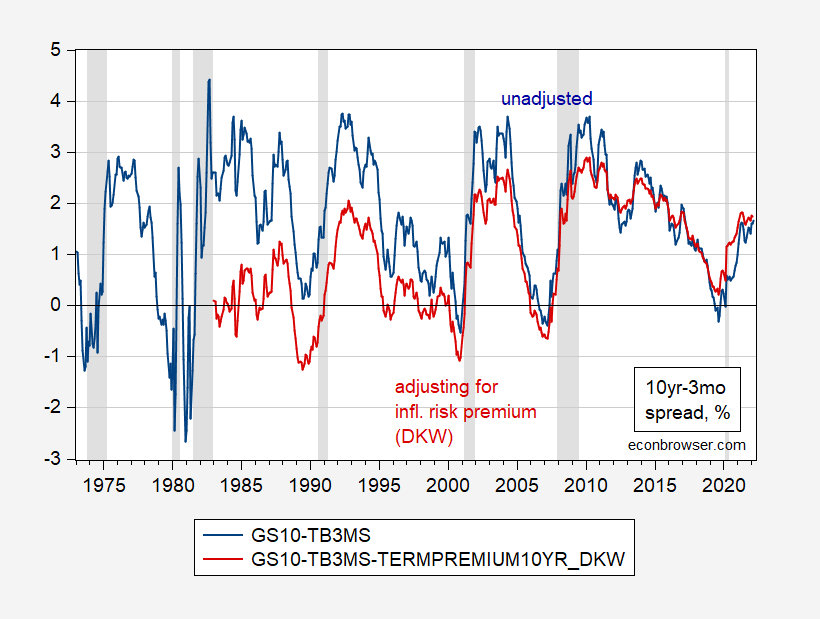