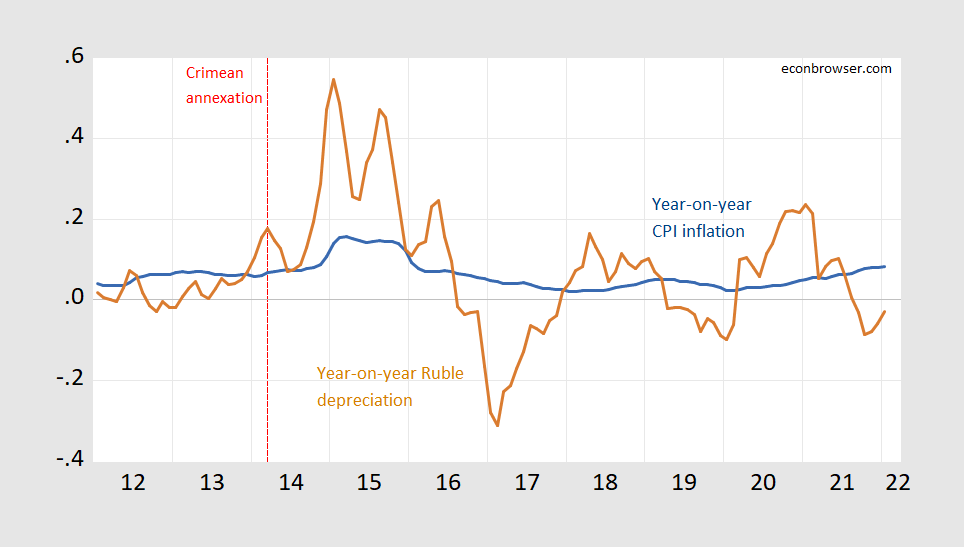 Over the past week, the Ruble has depreciated about 36% in log terms. What does that imply for the CPI? 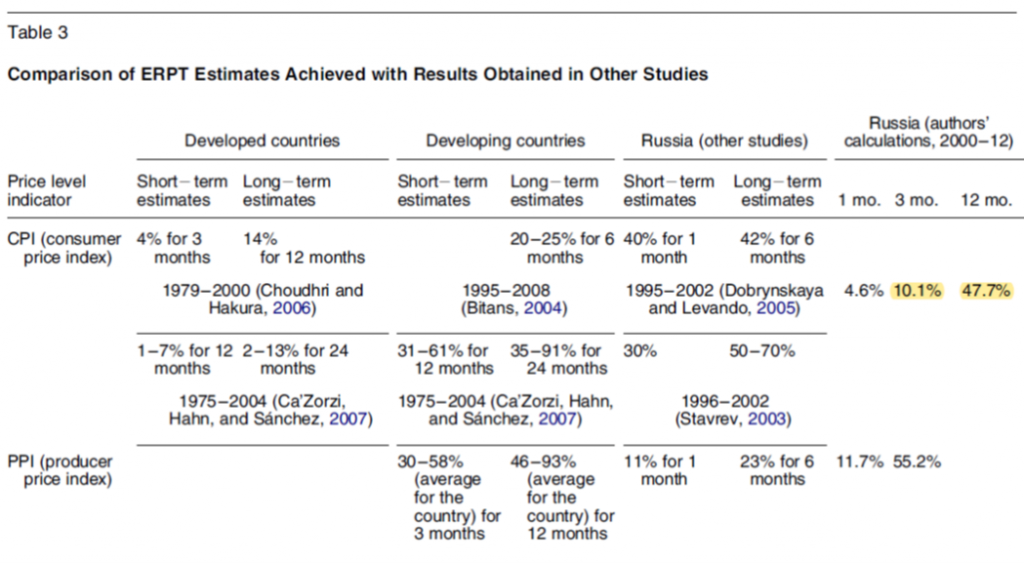 From Comunale, M. and Simola, H., 2018. The pass-through to consumer prices in CIS economies: The role of exchange rates, commodities and other common factors. Research in International Business and Finance, 44, pp.186-217; a 100% change in trade weighted exchange rate causes a 13%-17% change in CPI after 1 quarter, 51%-68% after 4 quarters in 7 Commonwealth of Independent States countries, 1999-2014. Note that removing Russia results in slightly higher pass-through, so this suggests that Russian pass through using this methodology and sample is a little bit lower. 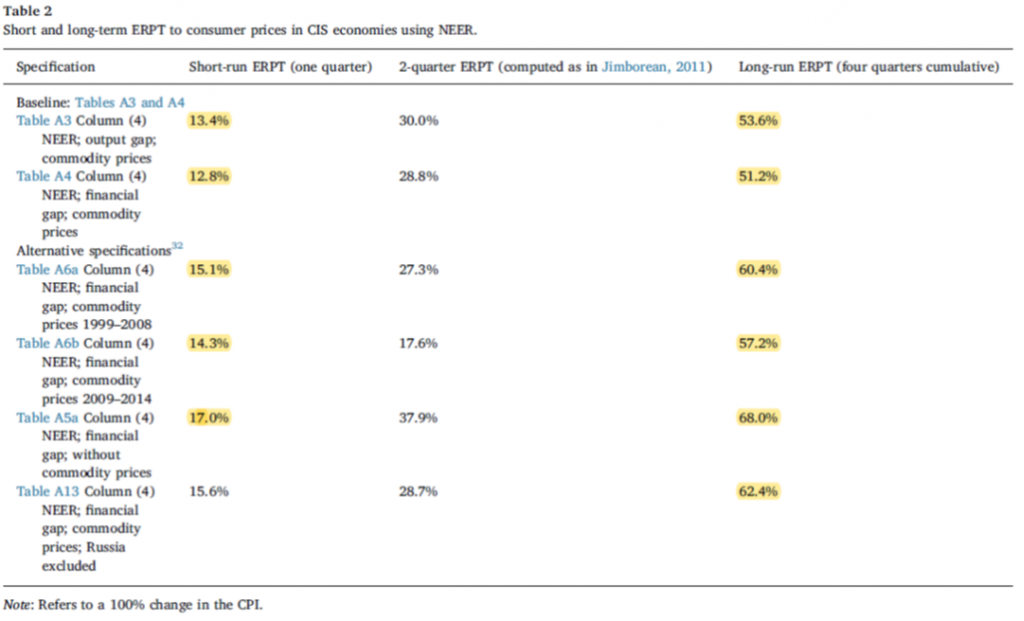 This study only catches the earliest part of the 2014 depreciation.

What will happen to inflation? if 4 quarter pass through is about 0.5, then if the current level of the Ruble is sustained, the 36% depreciation will induce an 18% increase in the price level above what it otherwise would be. That would be added to a January inflation rate of 1% m/m (not annualized).