As of 1:30 Central Time. This stemmed the drop in the ruble, which had been down as much as 30% for near month futures, and 40% at the outset of trading. 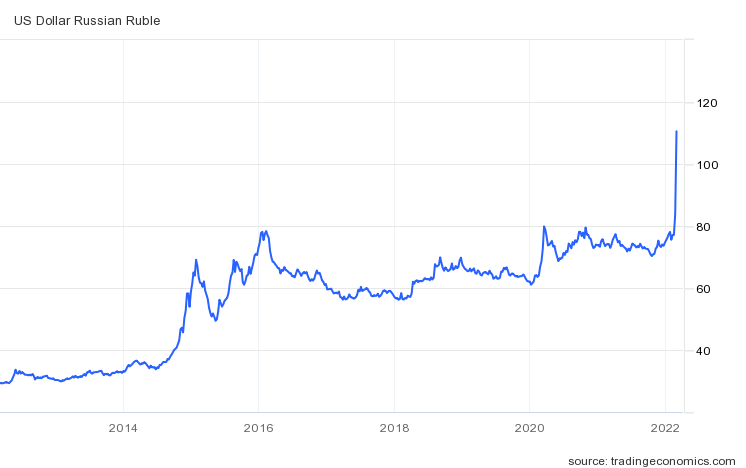 It would be interesting to know what foreign exchange reserves look like. As discussed before, liquid forex reserves are less than international reserves at $630 billion at end-January.

Clearly 20% is not sustainable; either it throws the economy into recession (if sustained), or is not considered credible (exactly because market participants don’t believe the government will endure such a recession).

Also, from ForexLive: ” the Russian finance ministry is reportedly set to introduce mandatory FX sales for companies. That being Russian companies will have to sell 80% of their FX revenue. This ties together with the headline move by the Bank of Russia to curb attempts to destabilise the ruble.”

5 year CDS on Russian sovereigns are up, as are 10 years spreads on US Treasurys 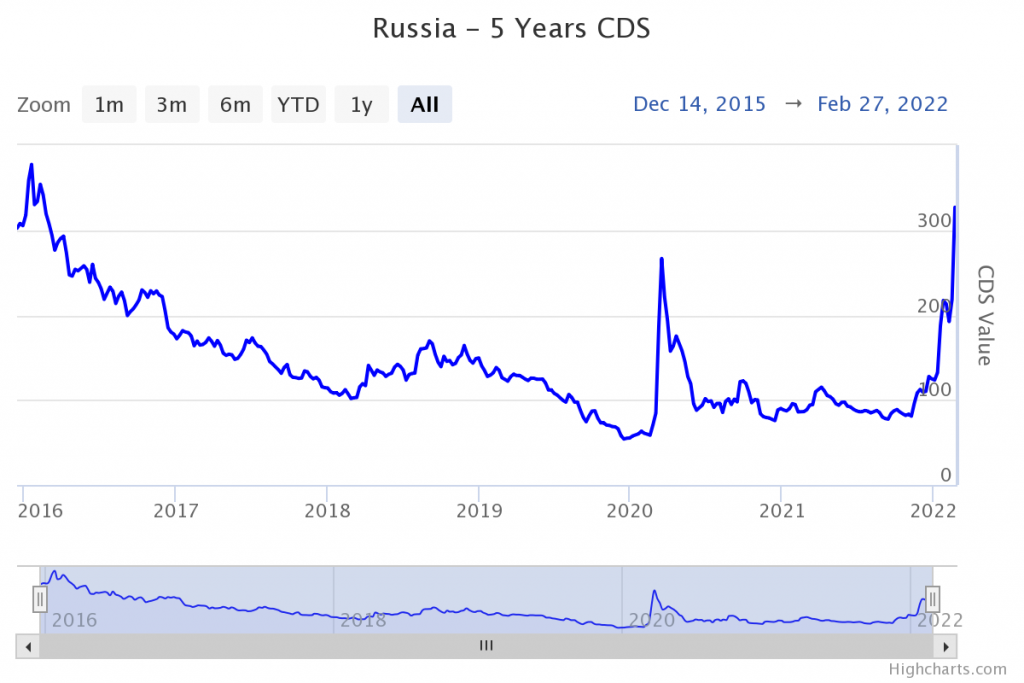 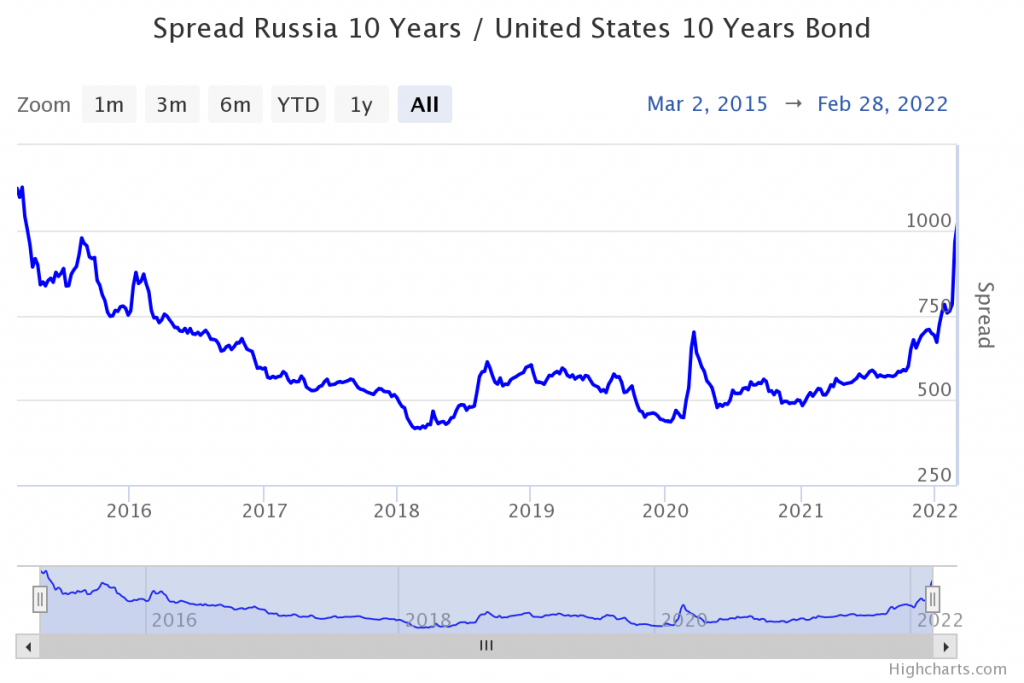