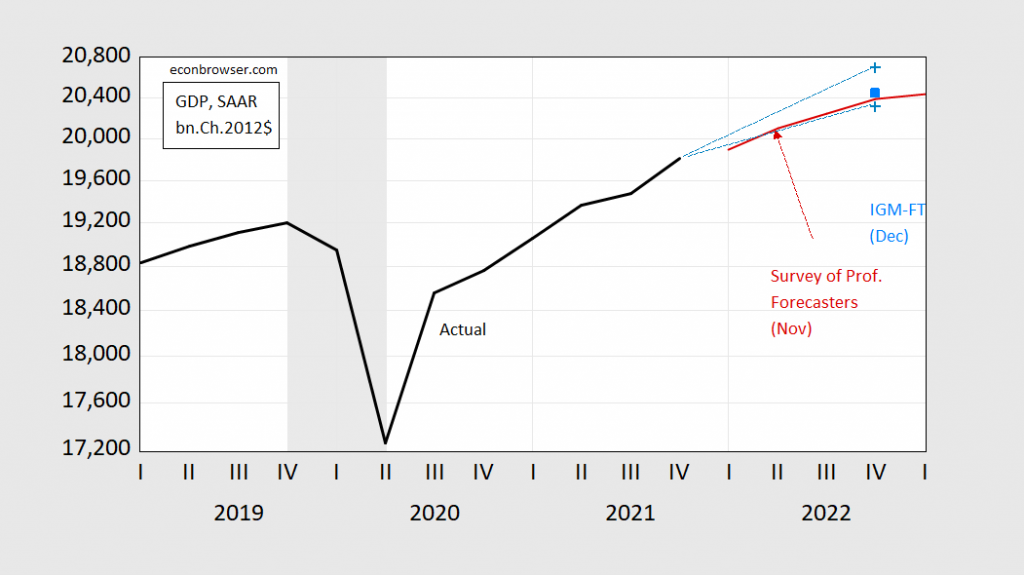 The FT-IGM survey was conducted on the eve of the Russian invasion of Ukraine (21-23 February). It’s interesting to see how this information was incorporated into the assessment (lots of other data came in between the early December and late February surveys, including the Q4 advance GDP release). 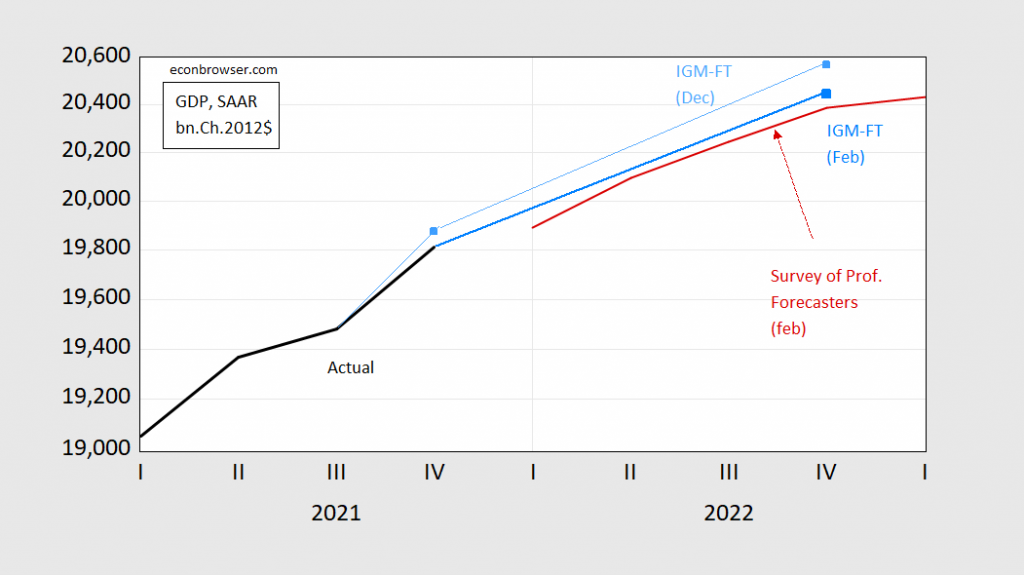 My reasoning for downshifting the estimated growth was obvious, given that I was almost 100% convinced by Tuesday that an invasion was coming. Then, higher oil prices induce a direct contractionary effect via supply shock, and a tighter monetary policy. (WTI is now bumping around $100/bbl).

Economists in the survey raised their estimates of inflation, as noted in the FT article describing the survey results; my estimate went up because of the persistence of inflation above and beyond what I’d anticipated; but it also went up given elevated oil prices. 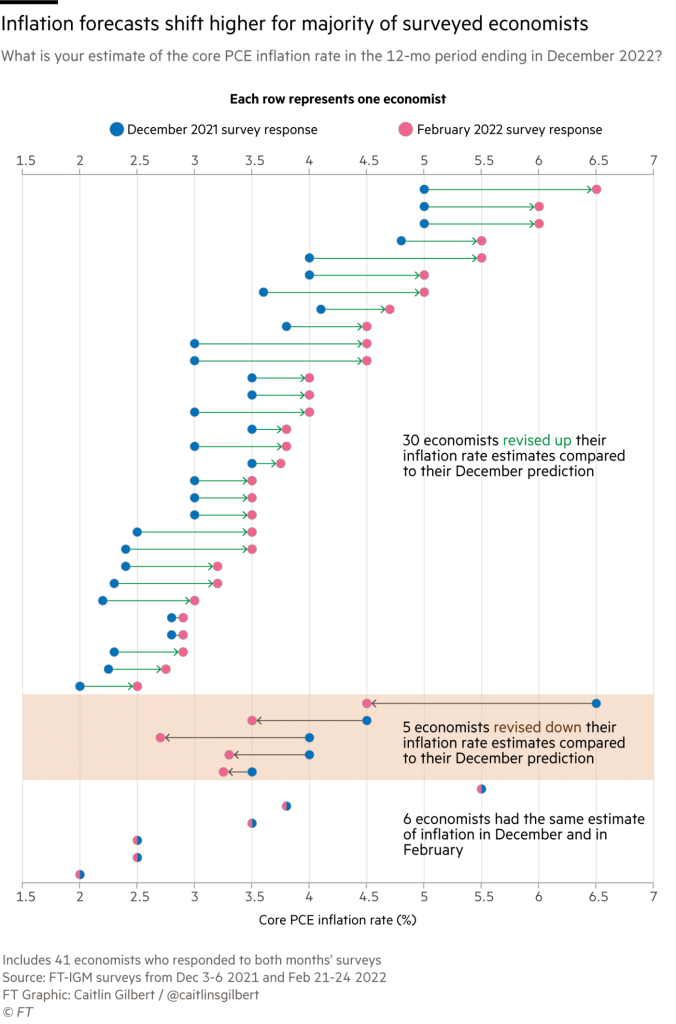