Assessment. International reserves in 2020 are estimated at 365 percent of the Fund’s reserve adequacy metric. While considerably above the adequacy range of 100–150 percent, the level of reserves remains appropriate, taking into account Russia’s vulnerability to oil price shocks and sanctions.

In the wake of selective exclusion of Russian banks from the SWIFT system, and sanctioning of the Central Bank of Russia, it looks like Russia’s ability to deal with the situation – quite rare as it’s essentially a “sudden stop” (see textbook discussion here) meeting a severe financial sanction – will be tested (Economist). Two observations:

The $639 billion international reserves figure is a little misleadingly termed in colloquial discussion as foreign exchange, giving the impression that they are highly liquid. In fact, of that figure, $463 billion is in foreign exchange; $132 billion is gold, and $24 billion in SDRs (all as of January 2022, as reported by the MinFin to the IMF).

Is $463 billion big or small. Given that Russia runs a current account and trade surplus (through Q3), and the latter is likely to increase with oil prices (if the oil can be sold, and payment received), then it depends on how fast financial capital can exit the country. It also depends on the Central Bank’s interest rate policy). That is, measured exchange market pressure (EMP) will depend on the financial openness of Russia.

De Jure measures (from Chinn-Ito) only run through 2019: 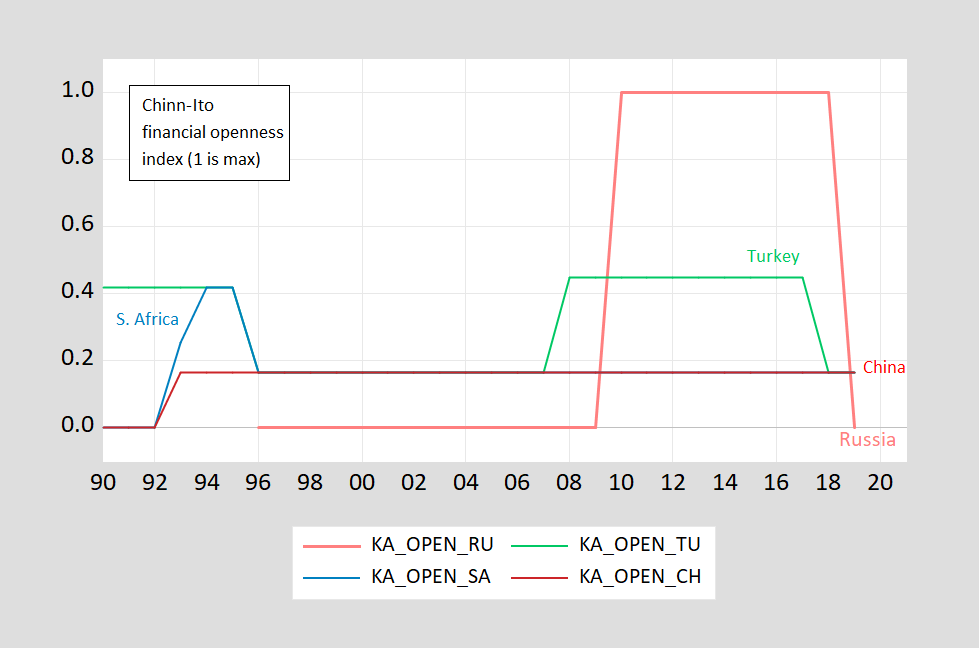 As of 2019, using information reported to the IMF, the regulations in place put Russia as one of the most closed economies in terms of financial flows.

What’s more relevant is restrictions on outflows. There are better indices for this, including Pasricha et al. and Fernandez et al. Only the latter has been updated to 2019, so here is a comparison: 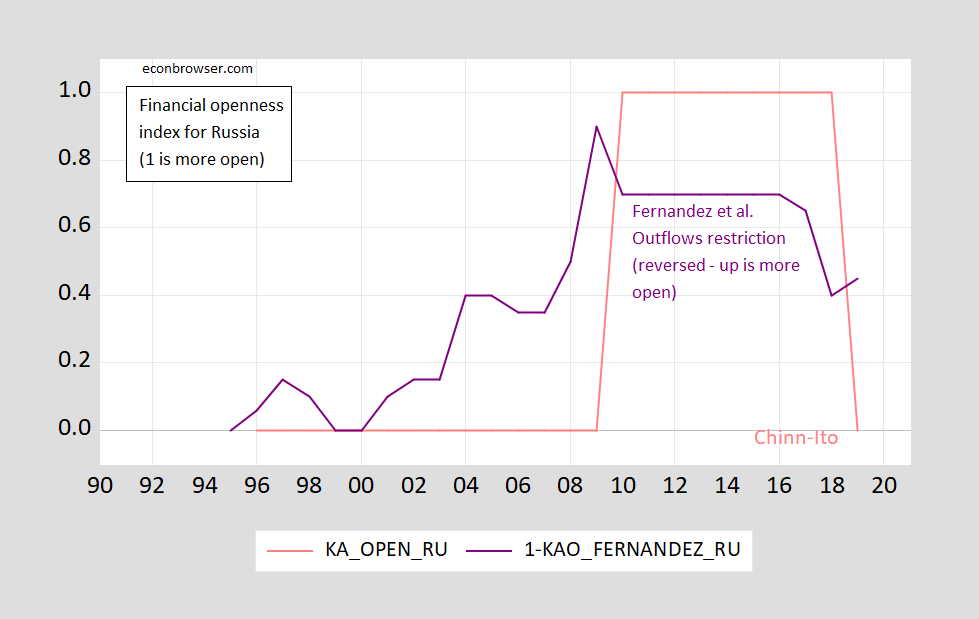 Figure 2: Chinn-Ito financial openness index normalized to range 0 to 1 (most open) for Russia (salmon), inverted Fernandez capital account restriction on outflows (purple). Up is more open for both. Source: Ito and Chinn (2021), and Fernandez, Klein, Rebucci, Schindler, and MUribe (2016 as updated).

If regulations are the same as they were in 2019 (which I doubt), then significant controls are in place, at least on paper. Whether these regulations were effective in restricting flows in practice is a different issue; there we need de facto measures of capital controls. Typically, covered interest differentials are used. 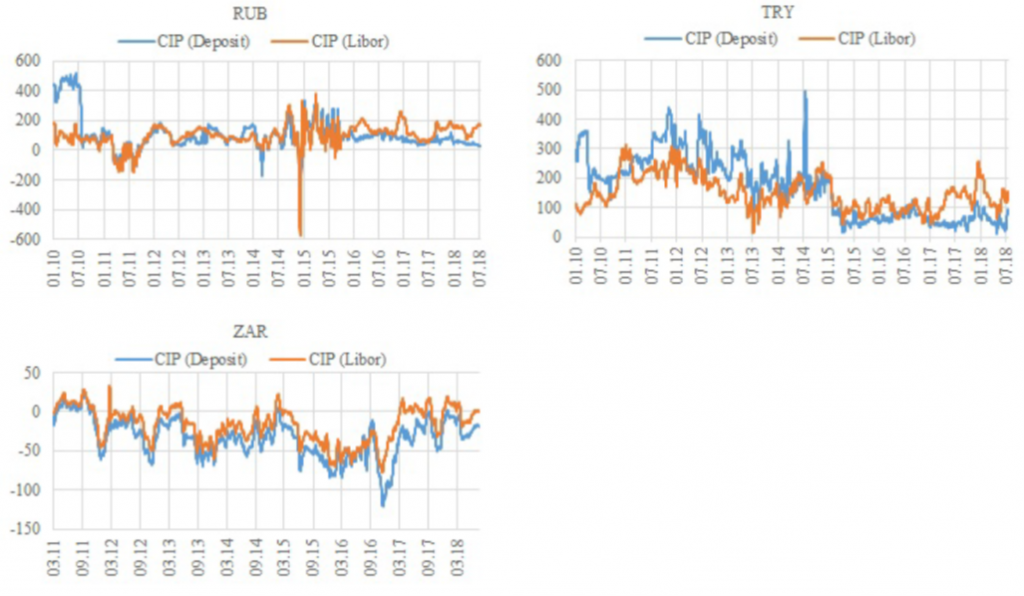 The differentials 2014-18 for Russia are roughly comparable to those in Turkey for the same period. However differences in default risk and liquidity complicate interpretation. Hence, for me, the question of how much controls can stem outflows remains an open question.

My guess is, however, given the severity of the sanctions, exchange market pressure (regardless of how measured) will skyrocket.