Personal income and consumption for January, and manufacturing and trade industry sales for December, were released last week. The PCE deflator for January was also released, rounding out January inflation numbers. 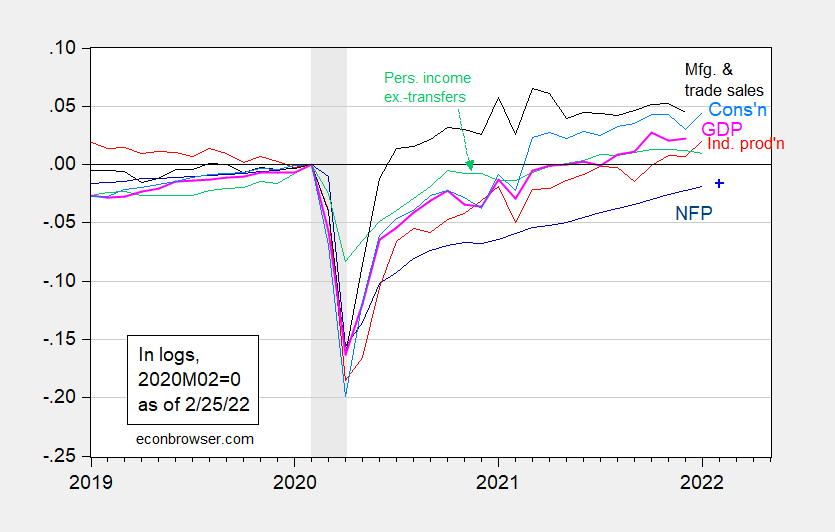 PCE inflation (m/m) rose slightly — as did all the other indicators except that for Chained CPI. 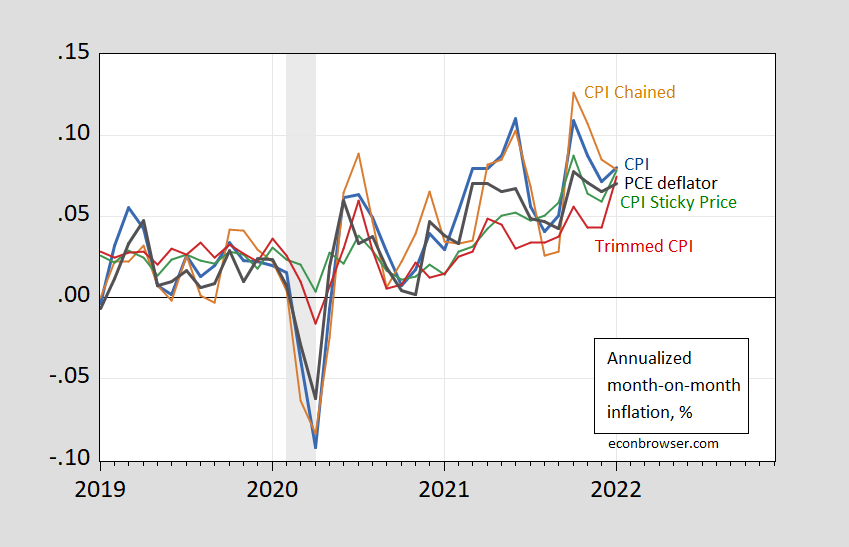