If you want to explain the difference between a recession and a depression, or why it took seven years for the economy to regain previous highs after 2008, well, go ahead. I’m all ears.

Besides not understanding how long it took to re-attain the pre-recession peak in 2007 (it only took 3 years, not 7), the reader does not seem to understand “depression” does not have a fixed definition in the economics profession. There are two depressions in American economic history lingo, as far as I now, but I am willing to be corrected. Here are pictures of the two I am familiar with. First is the “Great Depression”. 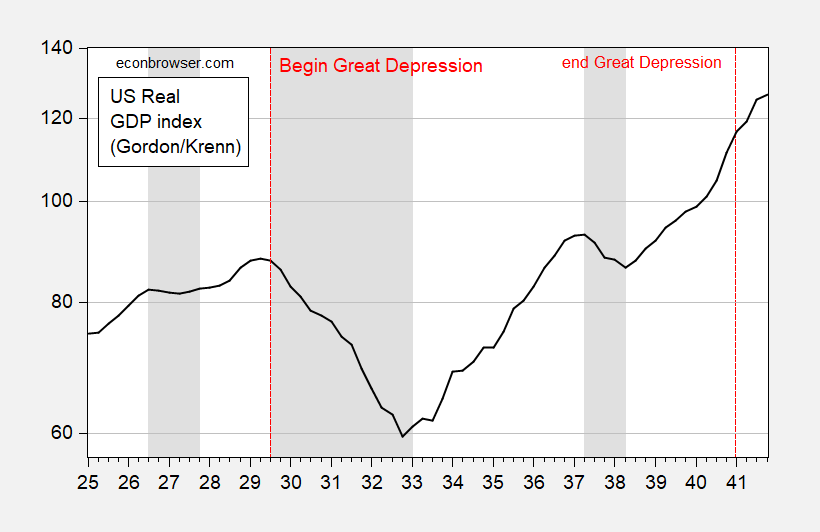 Investopedia sets the Great Depression end in 1941, while Wikipedia’s text sets at 1940-41.

The other “great depression” is that associated with the Panic of 1893. 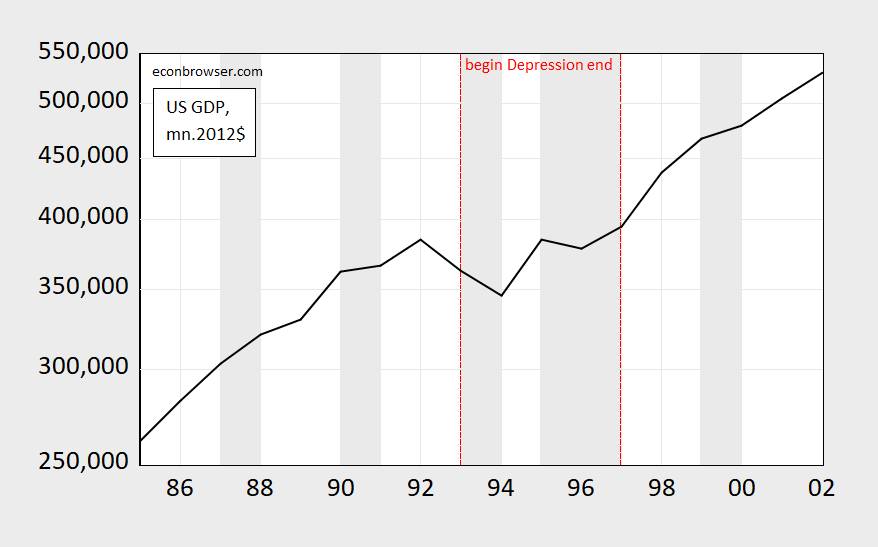 Now, is there any comparison between the Great Recession and the Great Depression? I’ll let the non-visually-impaired reader decide. 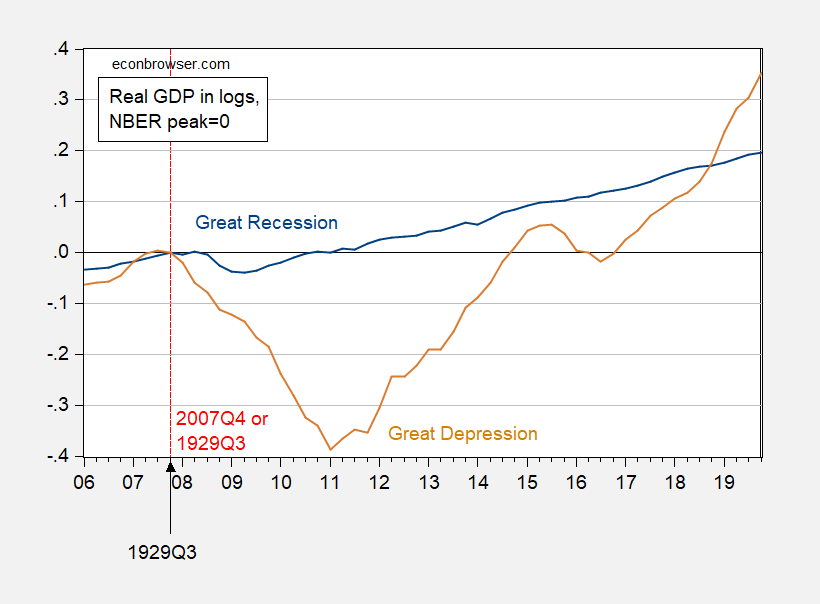 So, at the trough associated with the Great Recession, output was 3.9% below peak (log terms). For the Great Depression, one trough was 38.6% below peak.

I’m going to go out on a limb, and assert that this particular reader has himself a highly idiosyncratic definition of “depression” (I have no idea what he means by “suppression”).

I am constantly amazed how willing some people are to pontificate with extremely little acquaintance with the relevant data.