A recent NY Times article noted that Russia had taken measures to insulate itself from economic sanctions, including building up foreign exchange reserves. It’s true reserves are high, and in relative terms more so once one considers that nominal GDP is smaller than in 2014.

“This is what gives Putin his freedom of strategic maneuver,” Adam Tooze, a Columbia University economic historian, has written.

In normal times, with limited external debt (about 2/3 of reserves), the country should seem fairly safe against a conventional run. On the other hand, the currency is already depreciating even while the nominal policy rate is pretty high. 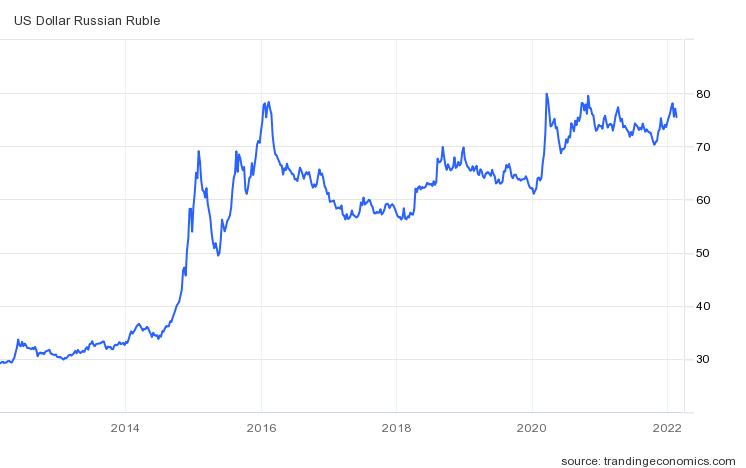 Figure 2: RUB/USD, up is a ruble appreciation.

Back in 2014, when sanctions were placed on Russia in response to the illegal annexation of Crimea and proxy war in the Donbas region, Russia’s external account came under pressure, as discussed here. In the event of a conventional force strike into the remainder of the Ukraine, sanctions are likely to be more harsh. Whether the greater reserves will be sufficient to allow the Russian economy to weather the retaliation depends on a lot of factors. In narrow terms, the fact Russia runs a trade and current account surplus is helpful. The decline in nonresident holdings of ruble assets probably makes them less vulnerable to a flight [1] (although one could very well imagine well-connected residents trying to effectuate capital flight). Russia’s degree of financial openness is lower as of 2019, 0.48 compared to 0.72 in 2014, according to the Chinn-Ito index, so the authorities might be better placed to stem such flight.

Still, a lockout from the international transfers system (SWIFT), or as seems more likely now, sanctions against state owned banks, are qualitatively different from a sudden stop induced by fear of losses.

In any case, look for some interesting times in Russia’s external accounts and currency.