Paul Krugman and the power of folk economics 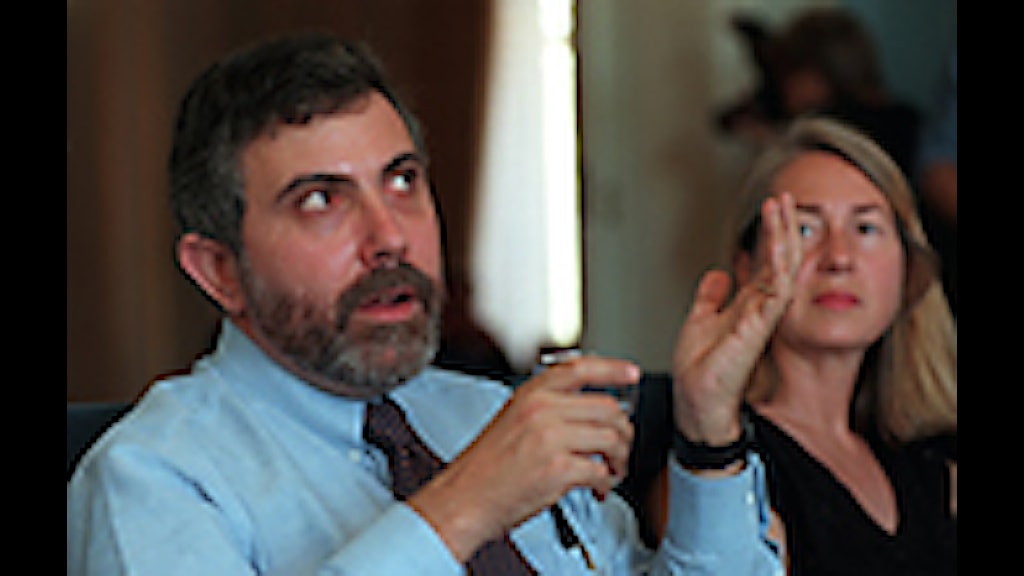 And then there’s Paul Krugman who … has stumbled on folk economics. And I’ll give him credit, since the “folk” he refers to “needn’t be members of the working class. They can be, and often are, members of the elite: plutocrats, powerful politicians and influential pundits.” Absolutely! … But then he reverts to classic Krugman: mainstream economists get it mostly right, and all they really need is the “IS-LM model” to analyze economic crises (such as the 2007-08 crash) and devise the appropriate public (fiscal and monetary) policies. There he stands, completely self-satisfied with his colleagues in mainstream economics, against the “‘folk’ who hold plausible-sounding but wrongheaded views of the economy.” Of course, for Krugman, IS-LM is not itself a part of a folk economics, a narrative of economic events that is produced by and serves as a simple story that is convincing to other mainstream economists, precisely because it stirs their concern or emotions. Where, for example, is the role of inequality or exploitation or distributions of surplus-value captured by finance in causing the crash, or of policies that seek to maintain but not move beyond capitalism in response.

Krugman’s comments on the issue of ‘folk economics’ is interesting because it sheds light on a kind of inconsistency in his own art of argumentation. Krugman has often criticized mainstream economics for using to much (bad) mathematics and axiomatics in their model-building endeavours. But when it comes to defending his own position on various issues, he usually himself ultimately falls back on the same kind of models. Models that actually, when it comes to methodology and assumptions, have a lot in common with the kind of model-building he otherwise criticizes. And although Krugman repeatedly says that he is a strong believer in “simple models,” those models certainly are far from simple.

And then, of course, not really trying to clinch the deep theoretical issue at stake, Krugman for the n:th time puts forward his IS-LM gadget interpretation of economics.

Being able to model a ‘gadget world’ — a world that somehow could be considered real or similar to the real world — is not the same as investigating the real world. Even though all theories are false, since they simplify, they may still possibly serve our pursuit of truth. But then they cannot be unrealistic or false in any way. The falsehood or lack of realism has to be qualified.

Constructing gadgets like IS-LM macroeconomic models as ‘stylized facts’ somehow ‘successively approximating’ macroeconomic reality, is a rather unimpressive attempt at legitimizing using fictitious idealizations for reasons more to do with model tractability than with a genuine interest of understanding and explaining features of real economies. Many of the model assumptions made in Krugman’s IS-LM models and ‘New Keynesian’ DSGE models are restrictive  rather than harmless and could a fortiori anyway not in any sensible meaning be considered approximations at all.