IHS-Markit’s monthly GDP is out, with a 0.1% m/m increase in December. Here are some key indicators followed by the NBER BCDC. 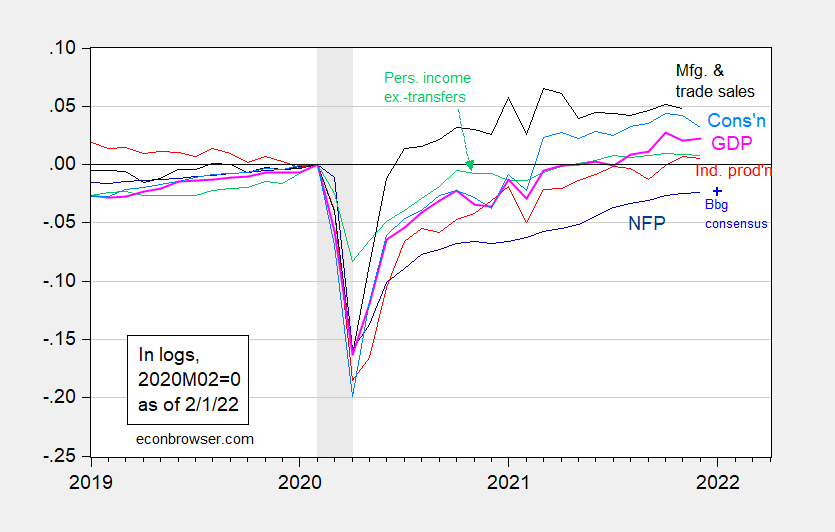 Monthly GDP rose 0.1% in December following a 0.7% decline in November (revised from -0.8%). The modest increase in December reflected a large increase in nonfarm inventory-building that was nearly offset by a large decline in domestic final sales.

For context, here’s IHS-Markit’s estimate of monthly GDP and the BEA’s advance estimate for Q4, discussed by Jim in his post last week. 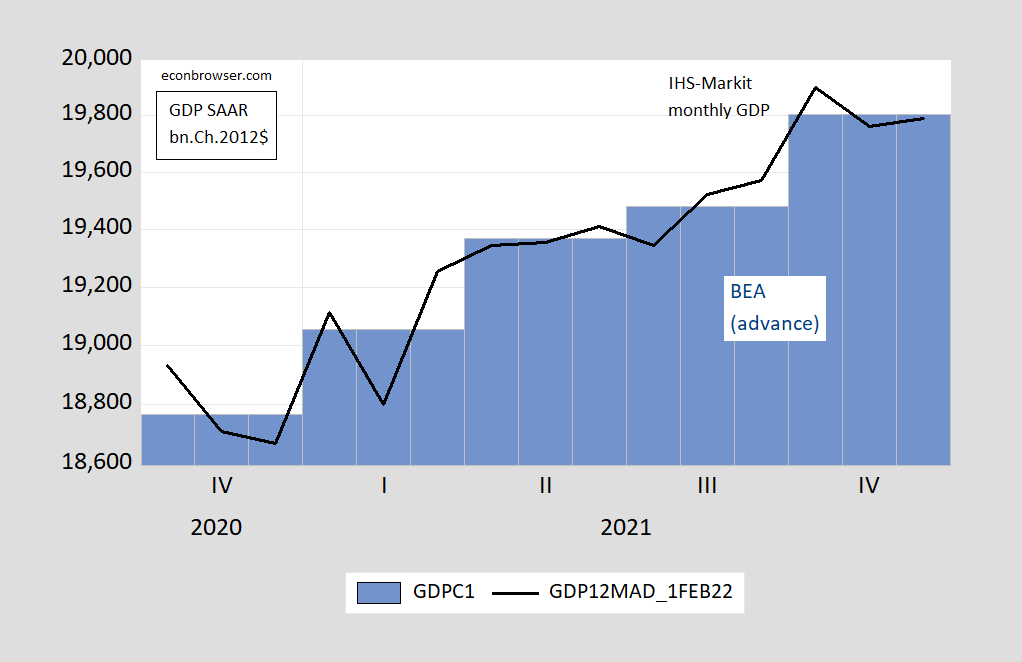