In recent exchange [1], some exhibited skepticism that monopsony power exists in labor markets. A recent article documents evidence that manufacturers exhibit such power. From Yeh (2022):

The following results are provided: 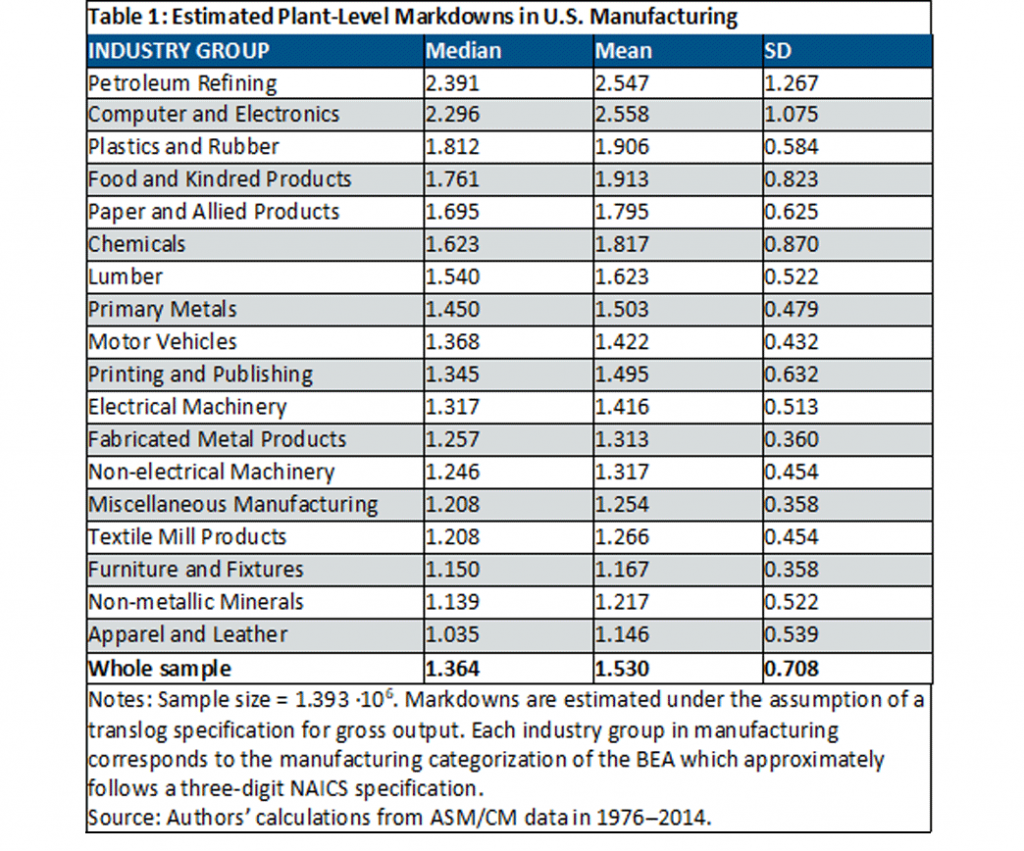 The following interpretation is given:

The average plant charges a markdown of 1.53, implying that workers only collect $1 for every $1.53 (or 65 cents of every dollar) they generate in the margin for their employers.

That means there is substantial variation in market power between sectors and within sectors.  Interestingly, in the analysis concentration is weakly correlated with the measured extent of markdowns.

A corresponding aggregate measure of market power shows a decline over time, with a reversal starting in 2002. 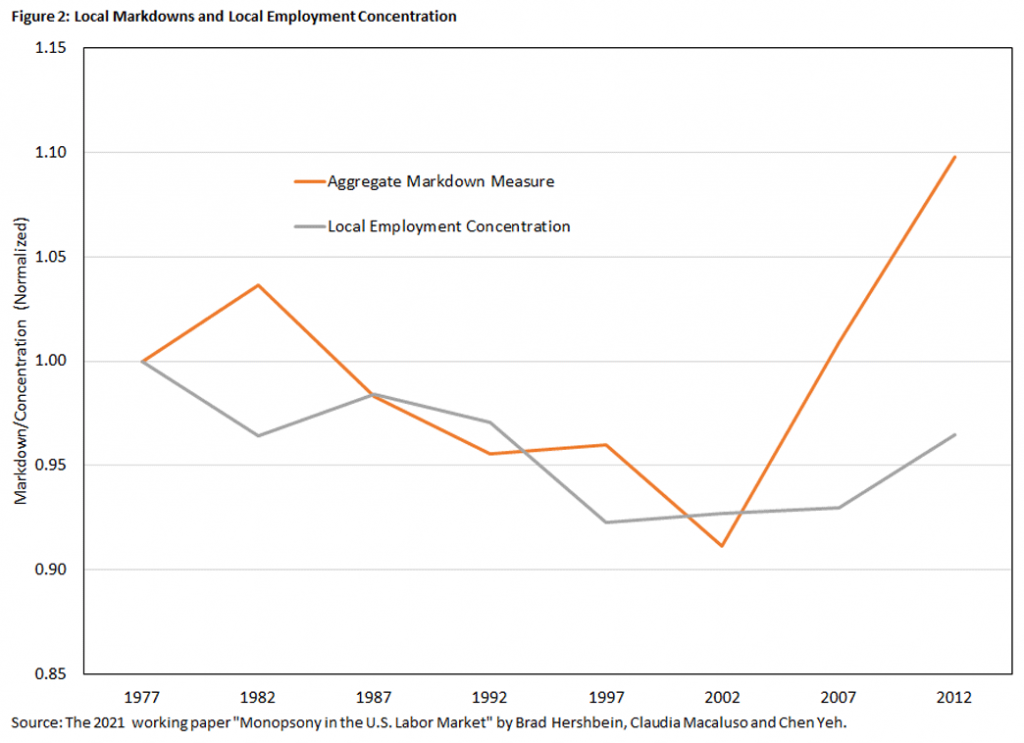 An earlier working paper upon which some of these results are based, Hershbein, Macaluso, and Yeh (2019). (On a side note, those who read the paper with find it nostalgia-inducing, if you experienced PhD studies with the first edition of Hal Varian’s Microeconomic Analysis, and ever estimated a translog production function.)

See an earlier discussion of the geographic variation in labor market monopsony, as estimated using concentration.