“Mediation analysis” is this thing where you have a treatment and an outcome and you’re trying to model how the treatment works: how much does it directly affect the outcome, and how much is the effect “mediated” through intermediate variables …

In the real world, it’s my impression that almost all the mediation analyses that people actually fit in the social and medical sciences are misguided: lots of examples where the assumptions aren’t clear and where, in any case, coefficient estimates are hopelessly noisy and where confused people will over-interpret statistical significance …

More and more I’ve been coming to the conclusion that the standard causal inference paradigm is broken … So how to do it? I don’t think traditional path analysis or other multivariate methods of the throw-all-the-data-in-the-blender-and-let-God-sort-em-out variety will do the job. Instead we need some structure and some prior information.

Causality in social sciences — and economics — can never solely be a question of statistical inference. Causality entails more than predictability, and to really in depth explain social phenomena require theory. Analysis of variation — the foundation of all econometrics — can never in itself reveal how these variations are brought about. First, when we are able to tie actions, processes or structures to the statistical relations detected, can we say that we are getting at relevant explanations of causation.

Most facts have many different, possible, alternative explanations, but we want to find the best of all contrastive (since all real explanation takes place relative to a set of alternatives) explanations. So which is the best explanation? Many scientists, influenced by statistical reasoning, think that the likeliest explanation is the best explanation. But the likelihood of x is not in itself a strong argument for thinking it explains y. I would rather argue that what makes one explanation better than another are things like aiming for and finding powerful, deep, causal, features and mechanisms that we have warranted and justified reasons to believe in. Statistical — especially the variety based on a Bayesian epistemology — reasoning generally has no room for these kinds of explanatory considerations. The only thing that matters is the probabilistic relation between evidence and hypothesis. That is also one of the main reasons I find abduction — inference to the best explanation — a better description and account of what constitute actual scientific reasoning and inferences.

In the social sciences … regression is used to discover relationships or to disentangle cause and effect. However, investigators have only vague ideas as to the relevant variables and their causal order; functional forms are chosen on the basis of convenience or familiarity; serious problems of measurement are often encountered.

Regression may offer useful ways of summarizing the data and making predictions. Investigators may be able to use summaries and predictions to draw substantive conclusions. However, I see no cases in which regression equations, let alone the more complex methods, have succeeded as engines for discovering causal relationships.

Some statisticians and data scientists think that algorithmic formalisms somehow give them access to causality. That is, however, simply not true. Assuming ‘convenient’ things like faithfulness or stability is not to give proofs. It’s to assume what has to be proven. Deductive-axiomatic methods used in statistics do no produce evidence for causal inferences. The real causality we are searching for is the one existing in the real world around us. If there is no warranted connection between axiomatically derived theorems and the real world, well, then we haven’t really obtained the causation we are looking for.

If contributions made by statisticians to the understanding of causation are to be taken over with advantage in any specific field of inquiry, then what is crucial is that the right relationship should exist between statistical and subject-matter concerns … 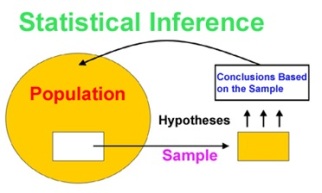 The idea of causation as consequential manipulation is apt to research that can be undertaken primarily through experimental methods and, especially to ‘practical science’ where the central concern is indeed with ‘the consequences of performing particular acts’. The development of this idea in the context of medical and agricultural research is as understandable as the development of that of causation as robust dependence within applied econometrics. However, the extension of the manipulative approach into sociology would not appear promising, other than in rather special circumstances … The more fundamental difficulty is that​ under the — highly anthropocentric — principle of ‘no causation without manipulation’, the recognition that can be given to the action of individuals as having causal force is in fact peculiarly limited.