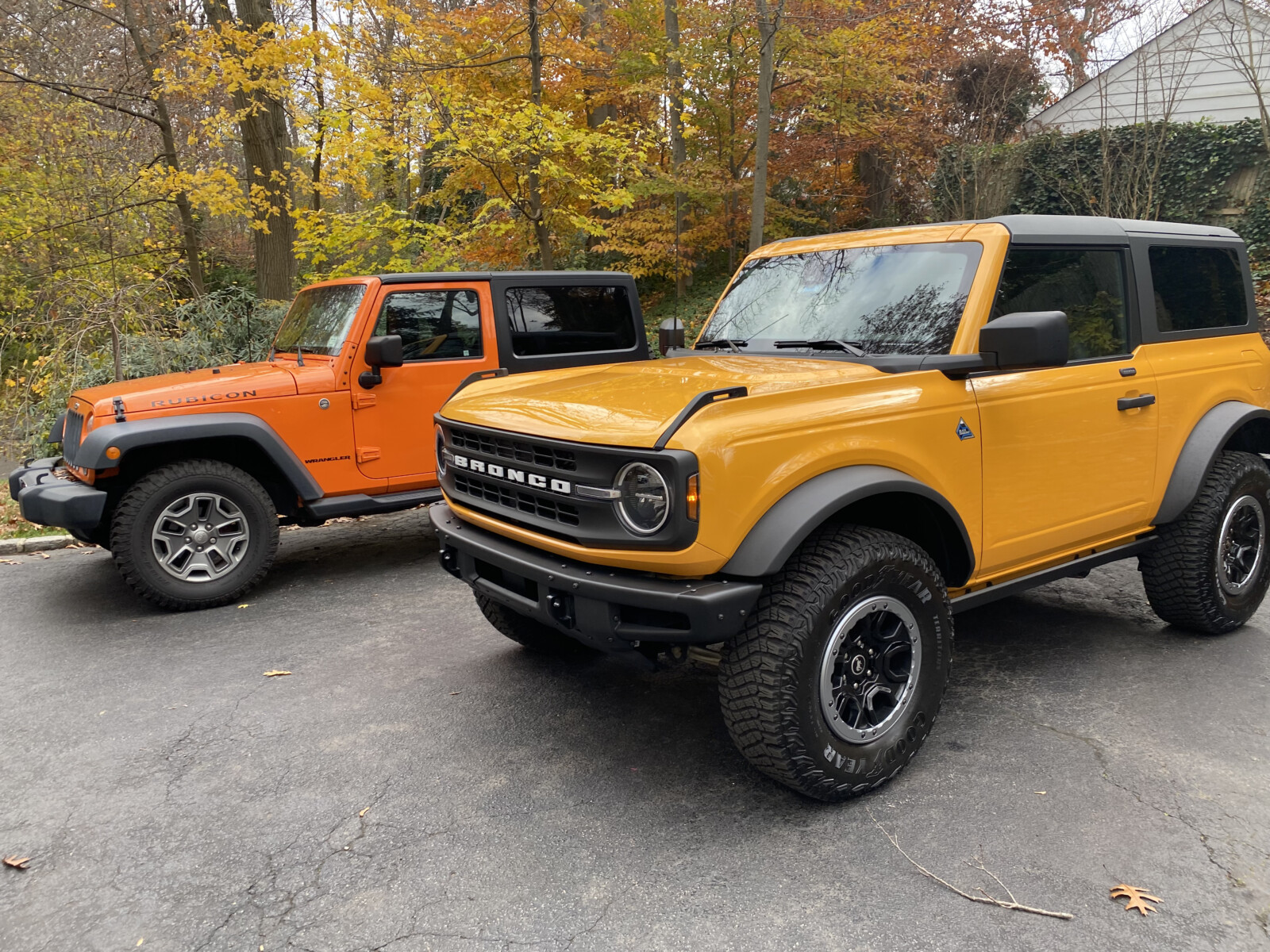 In August of 2020, I had Paul Wraith, Ford’s Chief Designer on MiB. He is the guy behind the redesign of the new Ford Bronco. Mike Levine, Ford’s PR head, helped arrange the interview. Levine DM’d me a few weeks ago: “Want to check out a new Bronco for a week?” I jumped at the chance.

A Cyber Orange Metallic Tri-Coat 2 door automatic showed up at my house, making my presence felt immediately. Its big and beefy and towers over my 2013 Orange Crush Rubicon. Jeep’s recognizable design place their tires and plastic fender wheel covers outside of the body; this makes them a little tighter inside but gives them a great off-road feel — you can squeeze through modest paths. The Bronco all enclosing box seems much heftier, and that’s exactly how Bronco fans like it.

The Black Diamond Edition I played with was a 2-door, automatic, modestly optioned, except for the $6090 Sasquatch off-road upgrade, bringing the MSRP to about $47k. What you get for that is a solid competitor to the Jeep Wrangler – the Sasquatch is the Ford equivalent of Jeep’s Rubicon, and each is an incredibly competent off-roader.

Overall, my impression of the truck was good – it’s well-made, a good-looking truck that is very capable off-road. Bronco fans are ecstatic, and it is likely to give Jeep some serious competition. I do have some reservations, and this is not a truck for everybody.

You sit higher than you otherwise would in a Jeep or even a Porsche Macan or Lexus RX. I towered over most other trucks on the road short of a Suburban or Expedition. Jeep owners will feel at home with the cabin wind noise and bouncy ride. Both trucks are walls of steel and glass moving through space — not especially aerodynamic. The persistent tire thrum – especially with the enormous 35-inch Sasquatch rubber in each corner — isn’t as bad as I feared, but it is always there. That makes this a truck I would not want to take on long road trips (you can create a more civilized-versions, however).

The 310 horses of the 2.7-liter twin-turbocharged V6 accelerated the 4491-pound truck surprisingly quickly. I did find the accelerator was a touch too sensitive, and the brakes grabbed further down the pedal travel than I preferred (a quirk the Porsche Panamera shares). Then again, it’s a press loaner, so who knows. The Bronco’s retro-modern styling is handsome. A version of a truck that was beloved in the 60s and 70s, before they began rusting away or simply became too expensive to run in the face of rising gasoline prices. I averaged 17.6 mpg in mostly local driving.

I only spent a little time with it off-road, but driving around on the beach or over some sand / gravel piles presented no impediment. Most of the time I didn’t even bother putting it into 4L, it just chewed up whatever was presented.

Unlike my 2-door Rubicon with its relatively short (95.4-inch) wheelbase, I never felt like this truck was “tippy.” Rubi is the only vehicle I have that isn’t low-slung and wildly overpowered; if I mistakenly throw it into a turn too fast, it lets me know it. Not so with the 100.4-inch wheel-based Bronco, which felt well planted.

The Bronco attracted a ton of attention wherever I took it: At Home Depot, people stopped to ask about it; just tanking up with gas or parking on the street led to multiple conversations. Assume as they become more available and are seen about town, that slows. For now, it’s an attention-getter, and for the first couple of production years, Ford may have trouble keeping up with demand.

Jeeps are incredibly mod-able; I added Running Boards, Roll Bar Grab Handles, and a Rubber Rear Cargo Liner (after removing the rear seats) to mine. These are all simple add-ons that would benefit the Bronco immensely. An incredibly robust mod aftermarket exists for Jeep, it has already begun developing for Ford as well.

If you are a diehard Jeep owner and would never think about replacing your Wrangler, well move along. Jeep fans should be happy that after so many decades, there is finally competition in a sector Jeep had mostly to itself for so long. This has been reflected in Jeep’s incredibly high resale value – and that was pre-pandemic.

If you want something less harsh than the Bronco or Wrangler, but still has validated off-road capabilities, the Toyota Four Runner is similarly priced. If you want a little more luxe creature comforts, but still retain the ability to go off-roading, consider the Land Rover Defender; the Hybrid version is out in the UK, and if it’s available in the USA when my BMW X4 goes off-lease next Summer, that would be the family work horse for longer-distance drives.

All told, the Bronco is a solid off-roader, a fun Tonka toy of a truck. 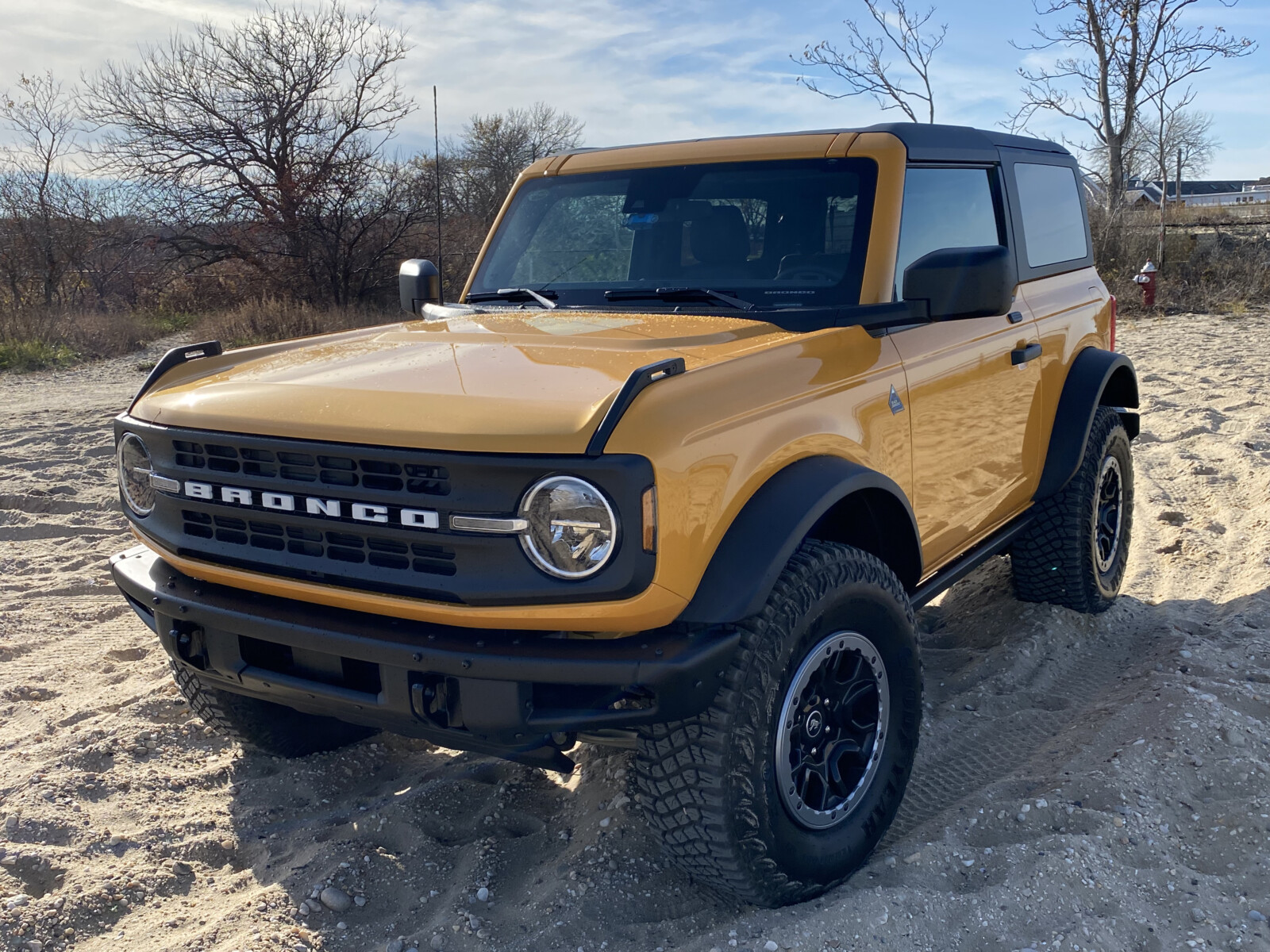 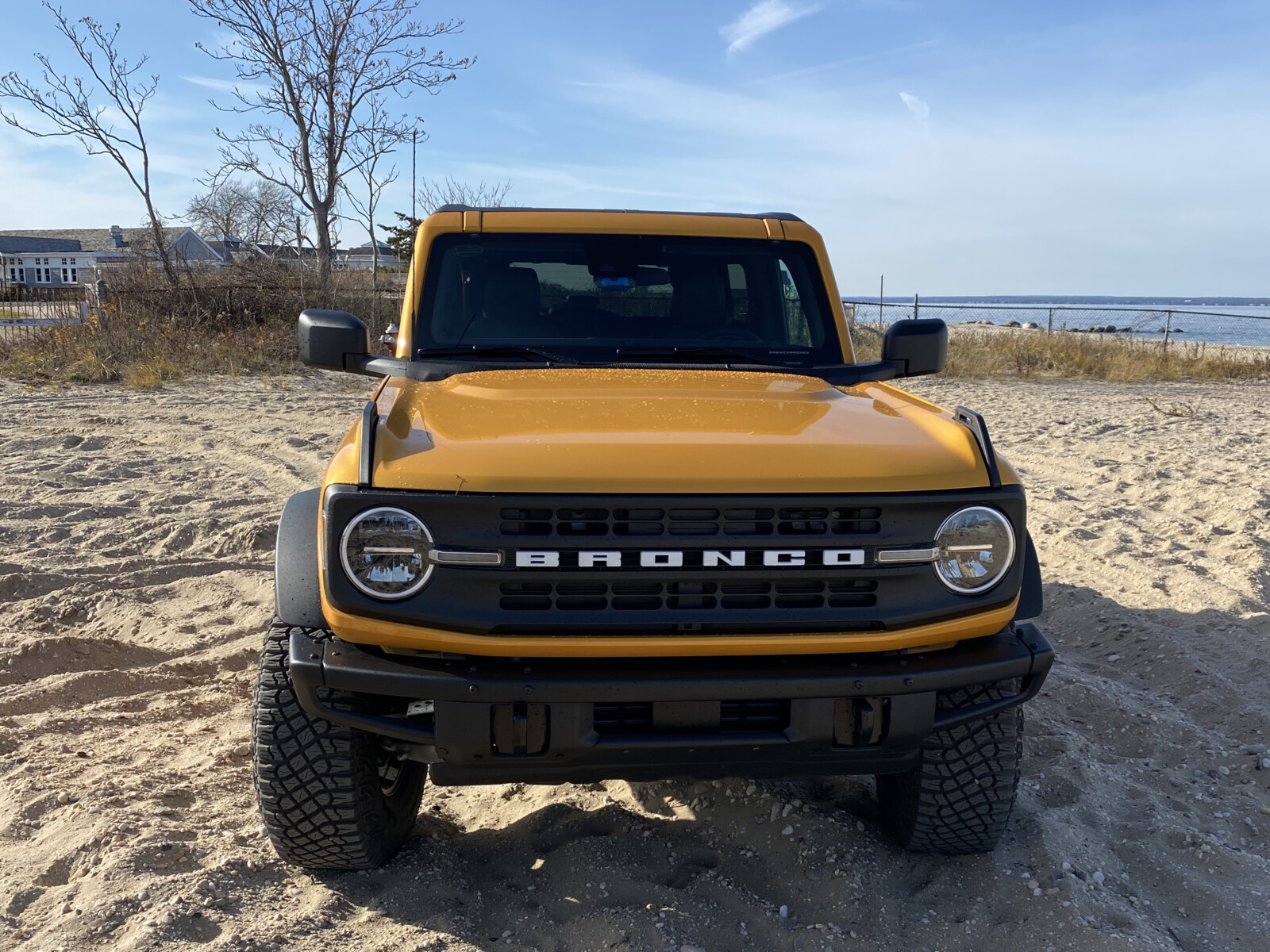 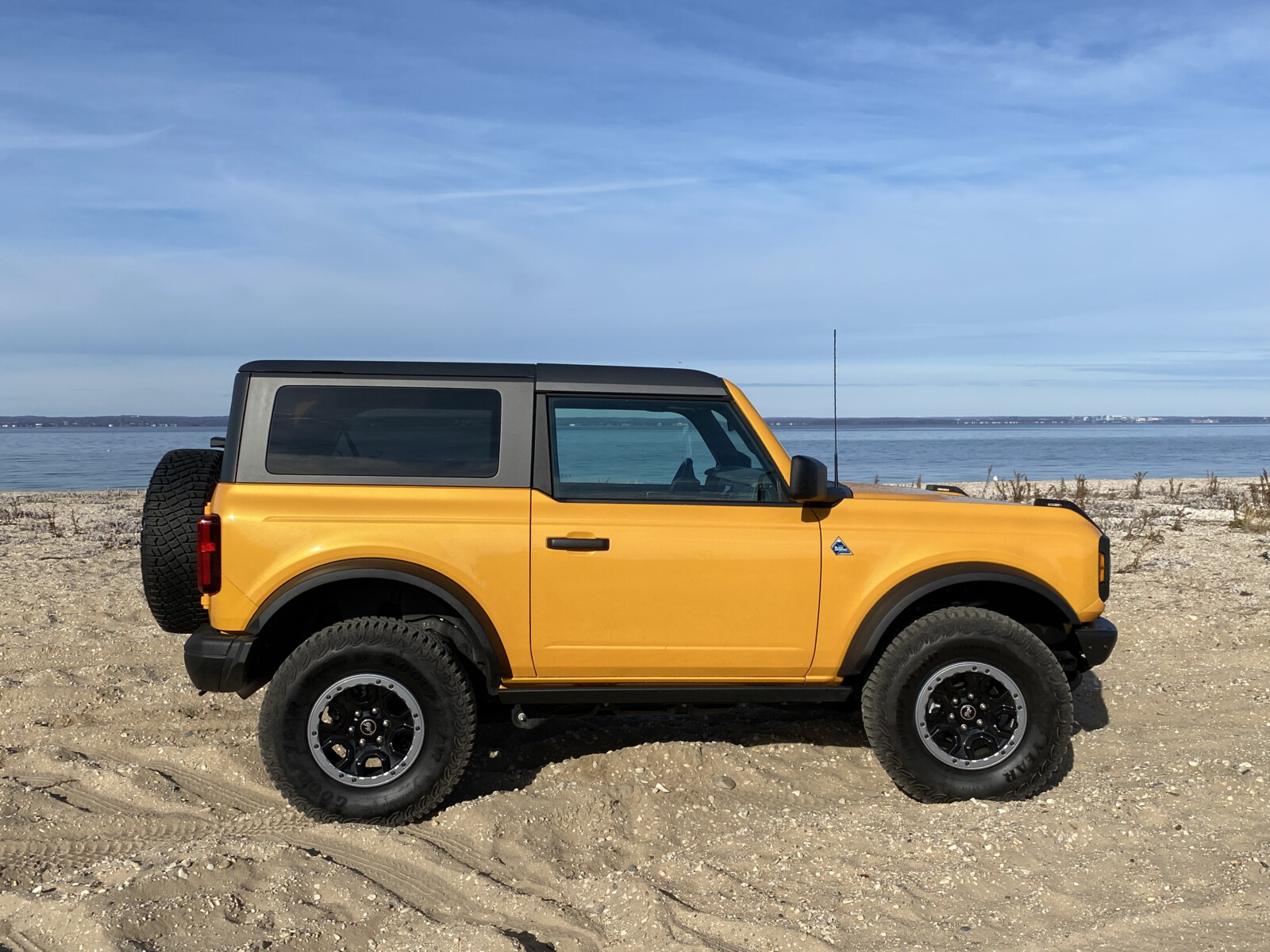 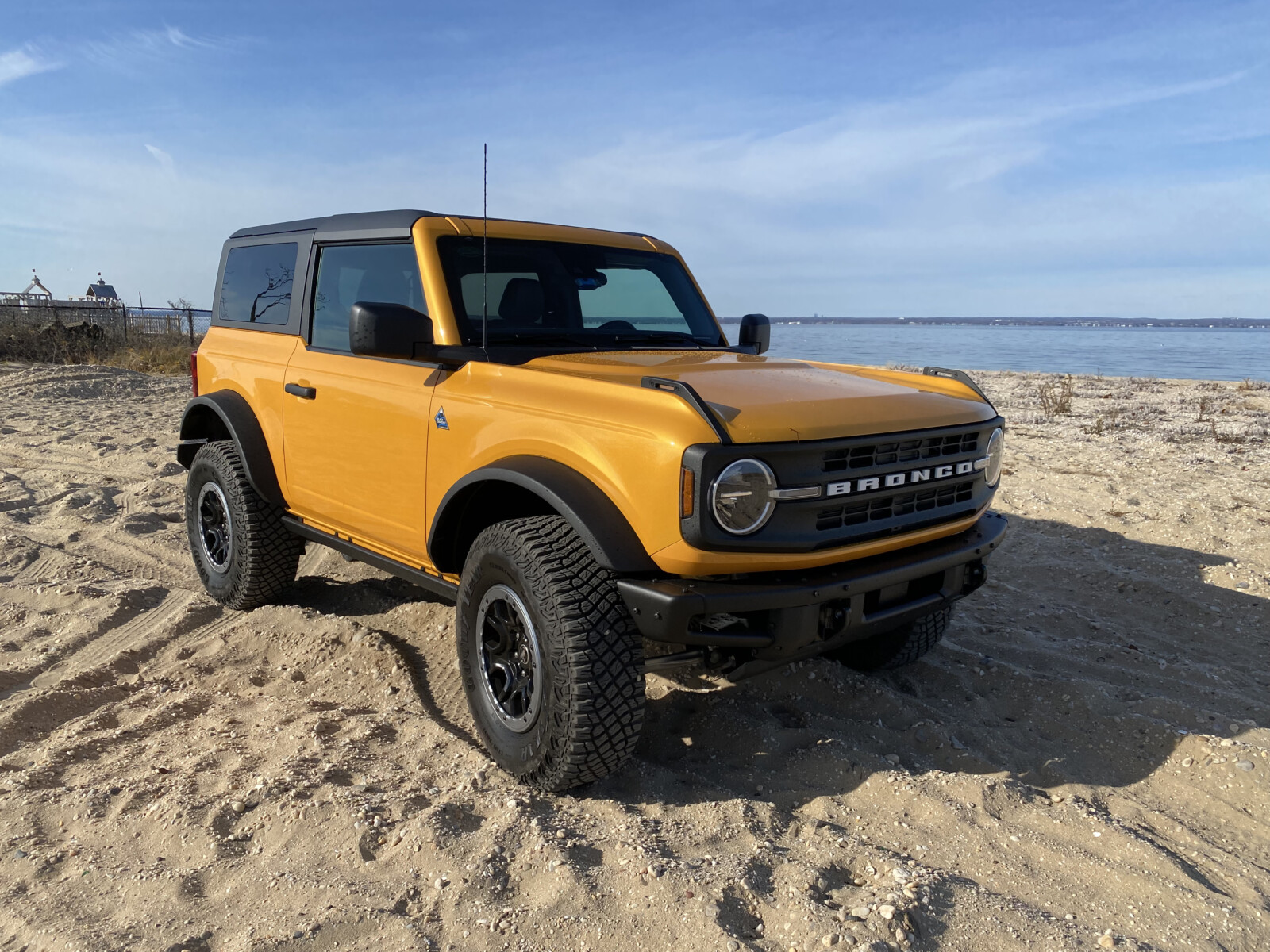 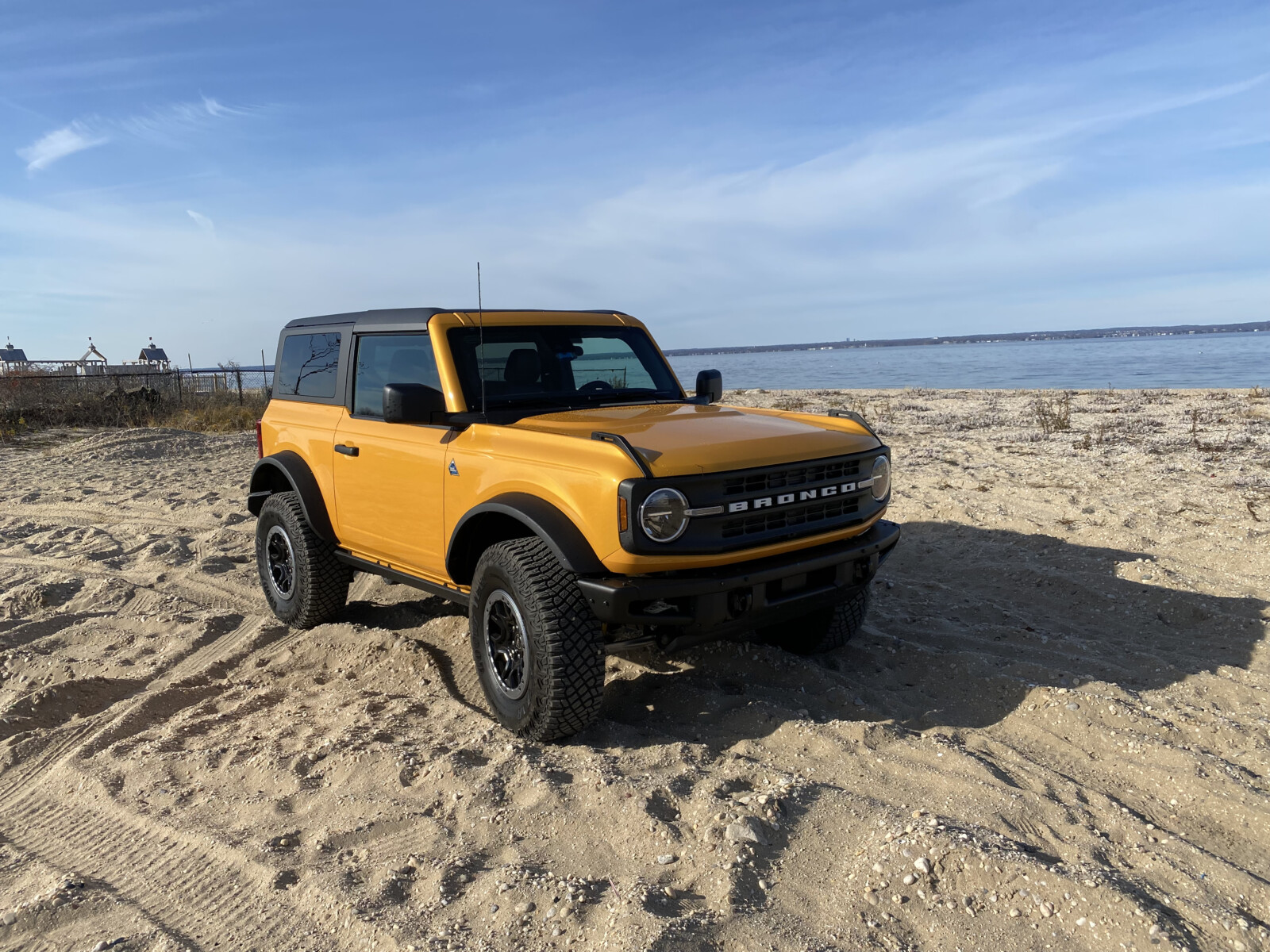 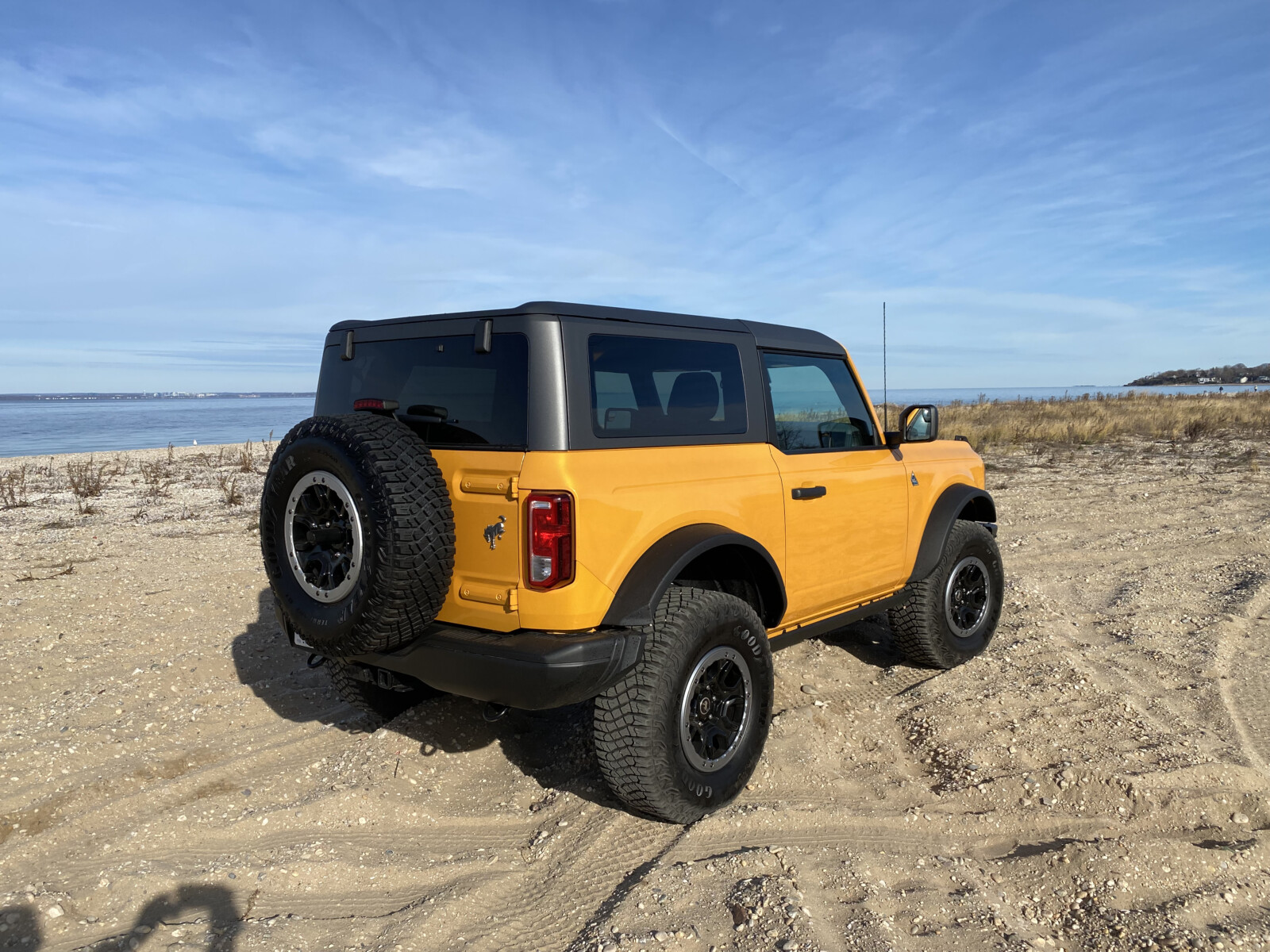 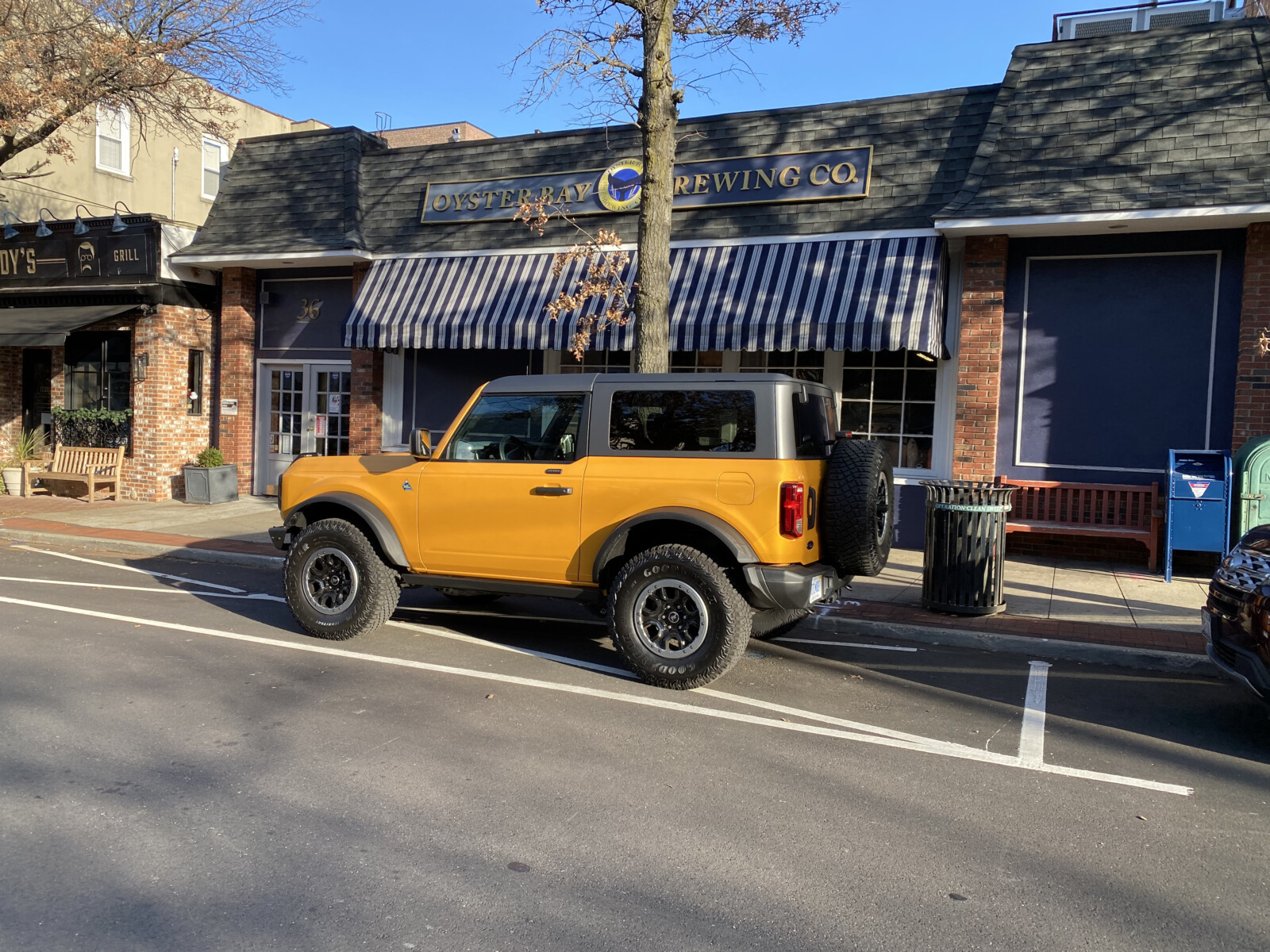 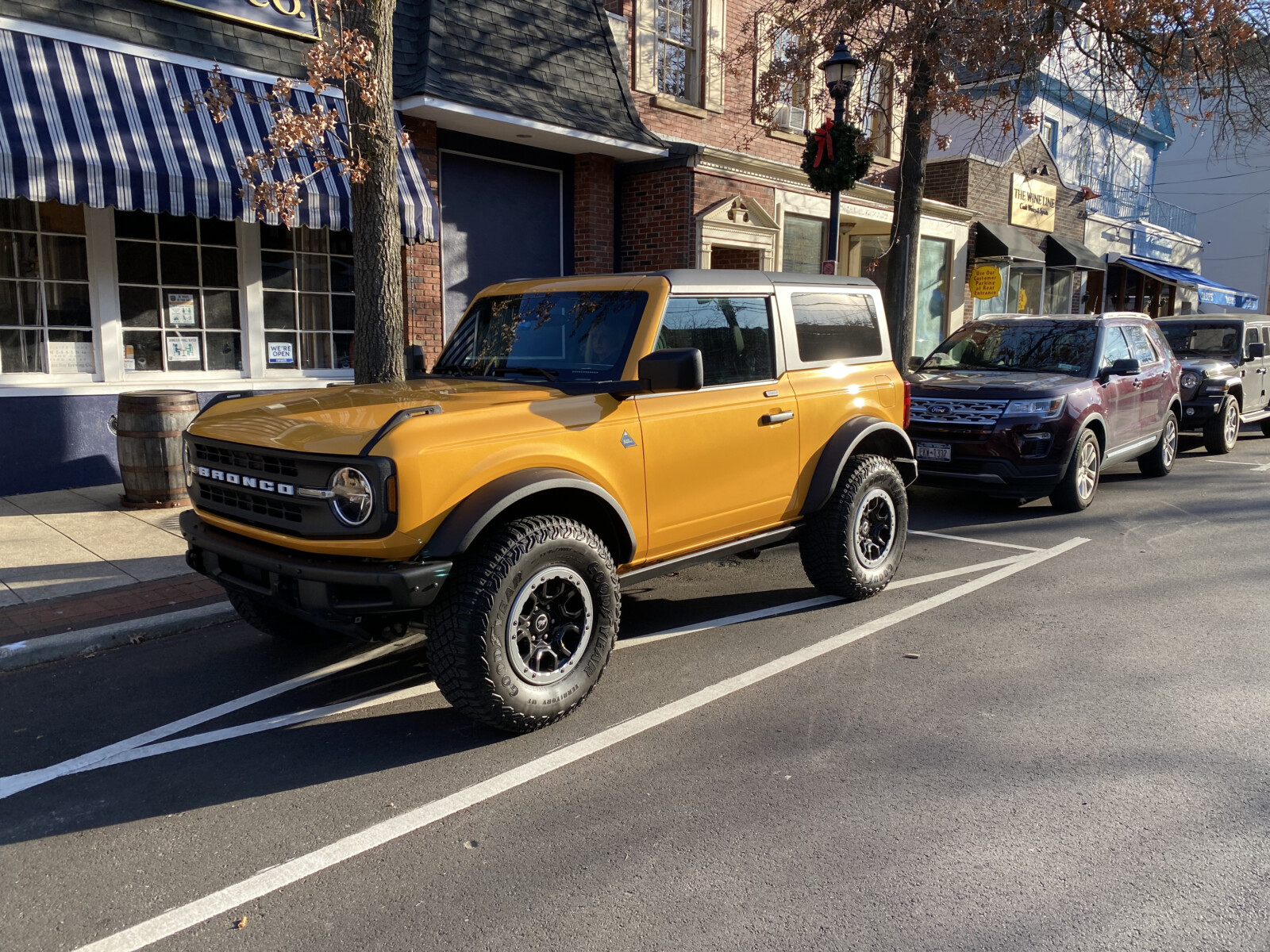 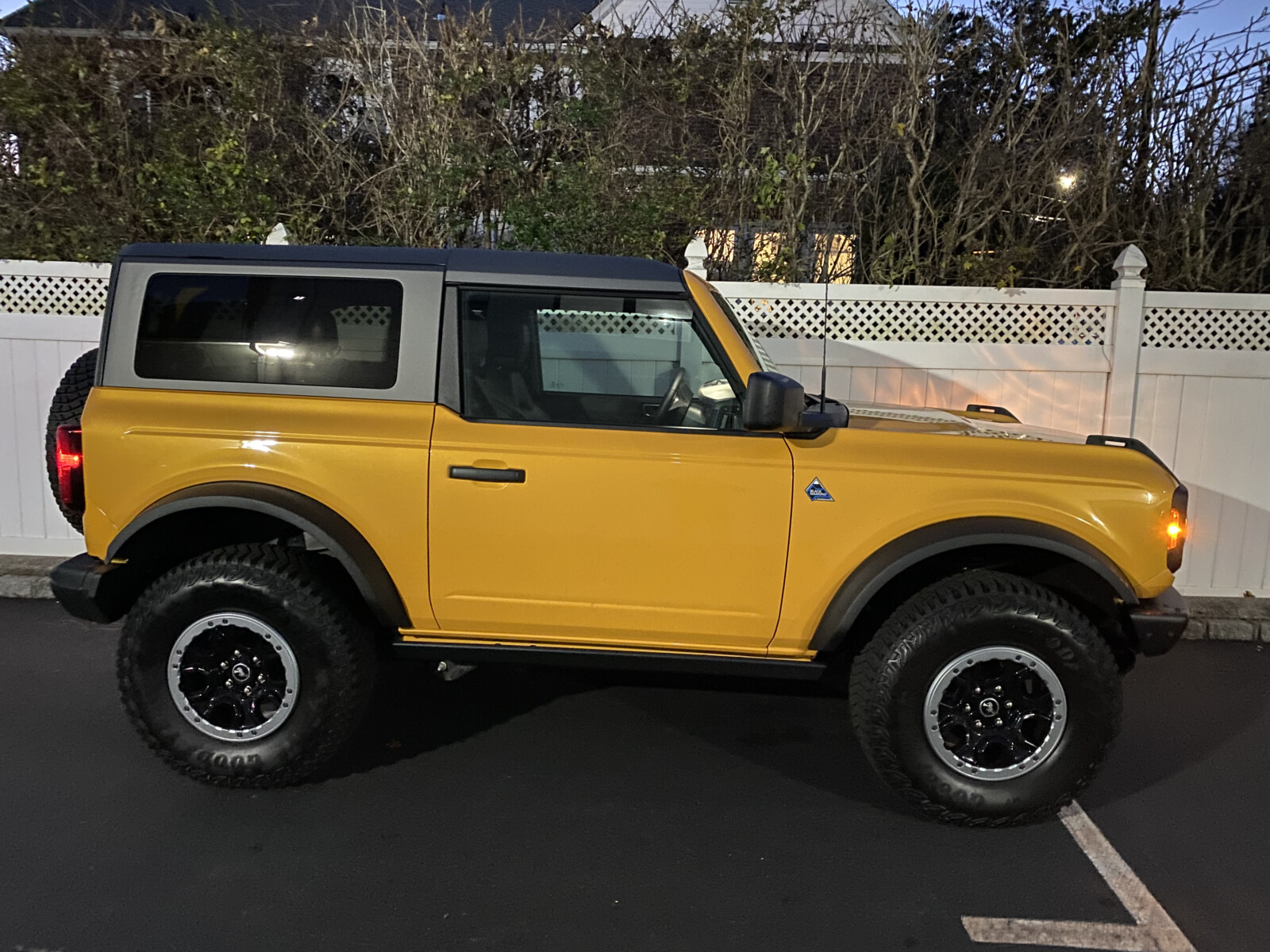 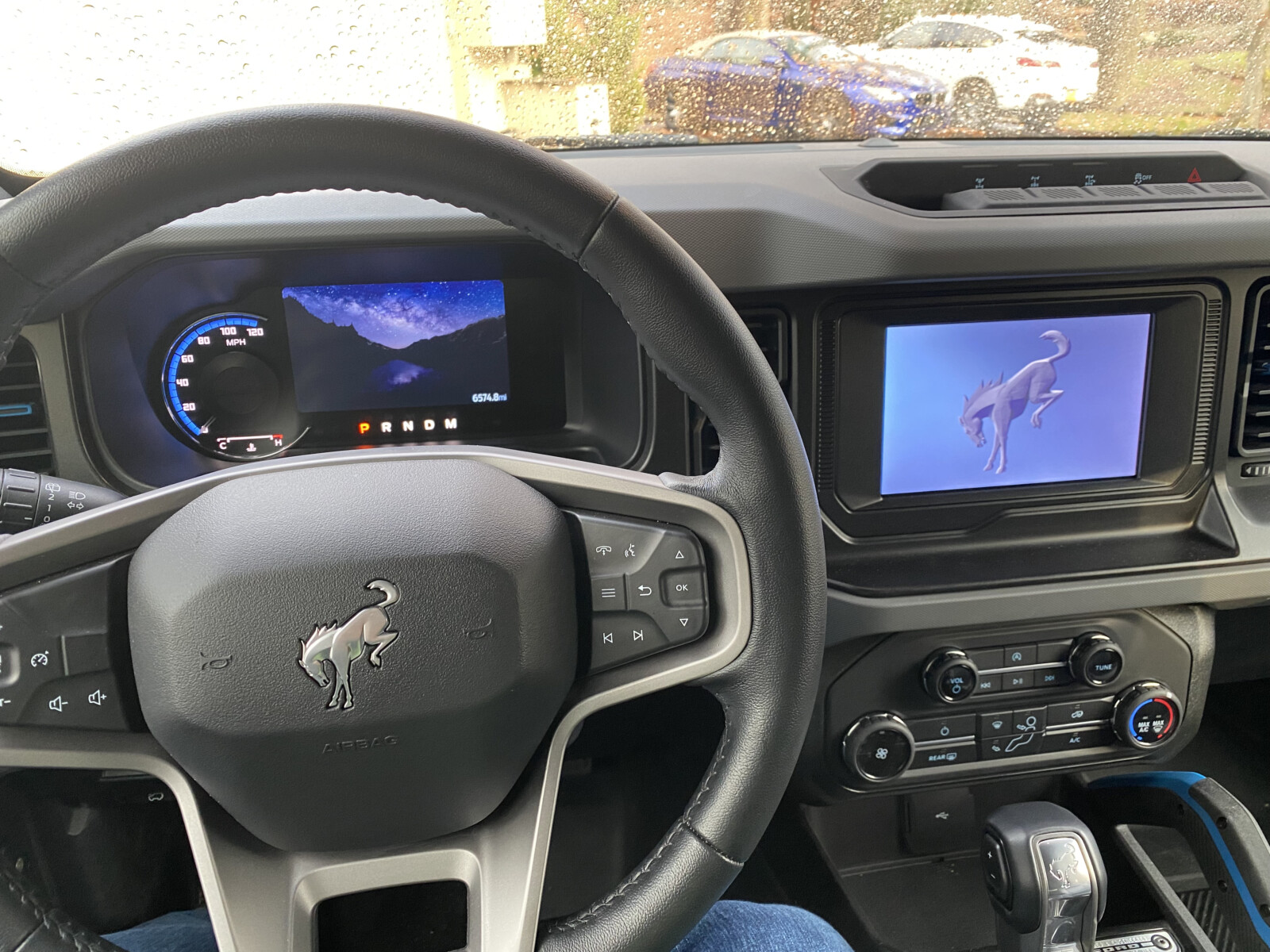 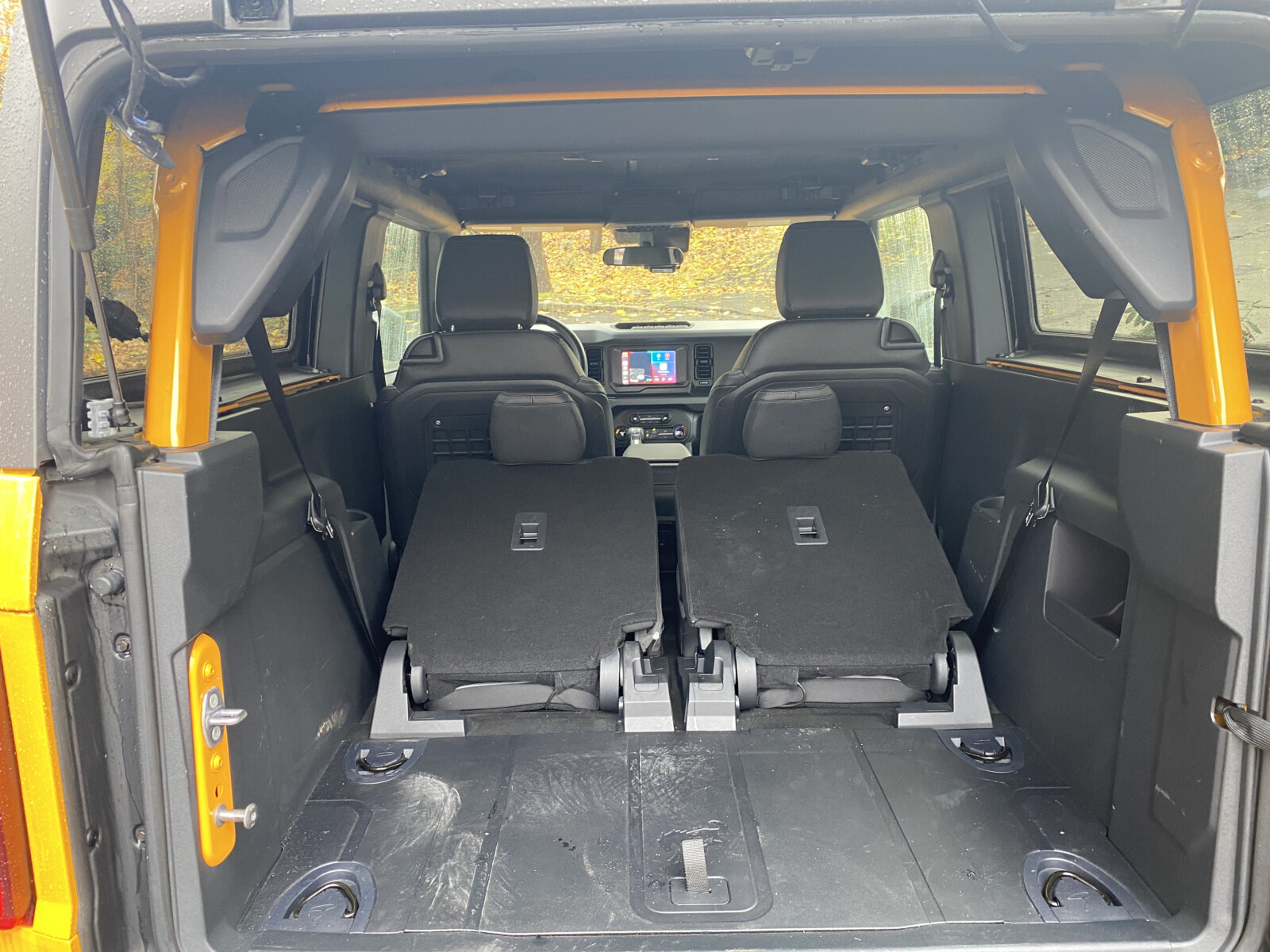 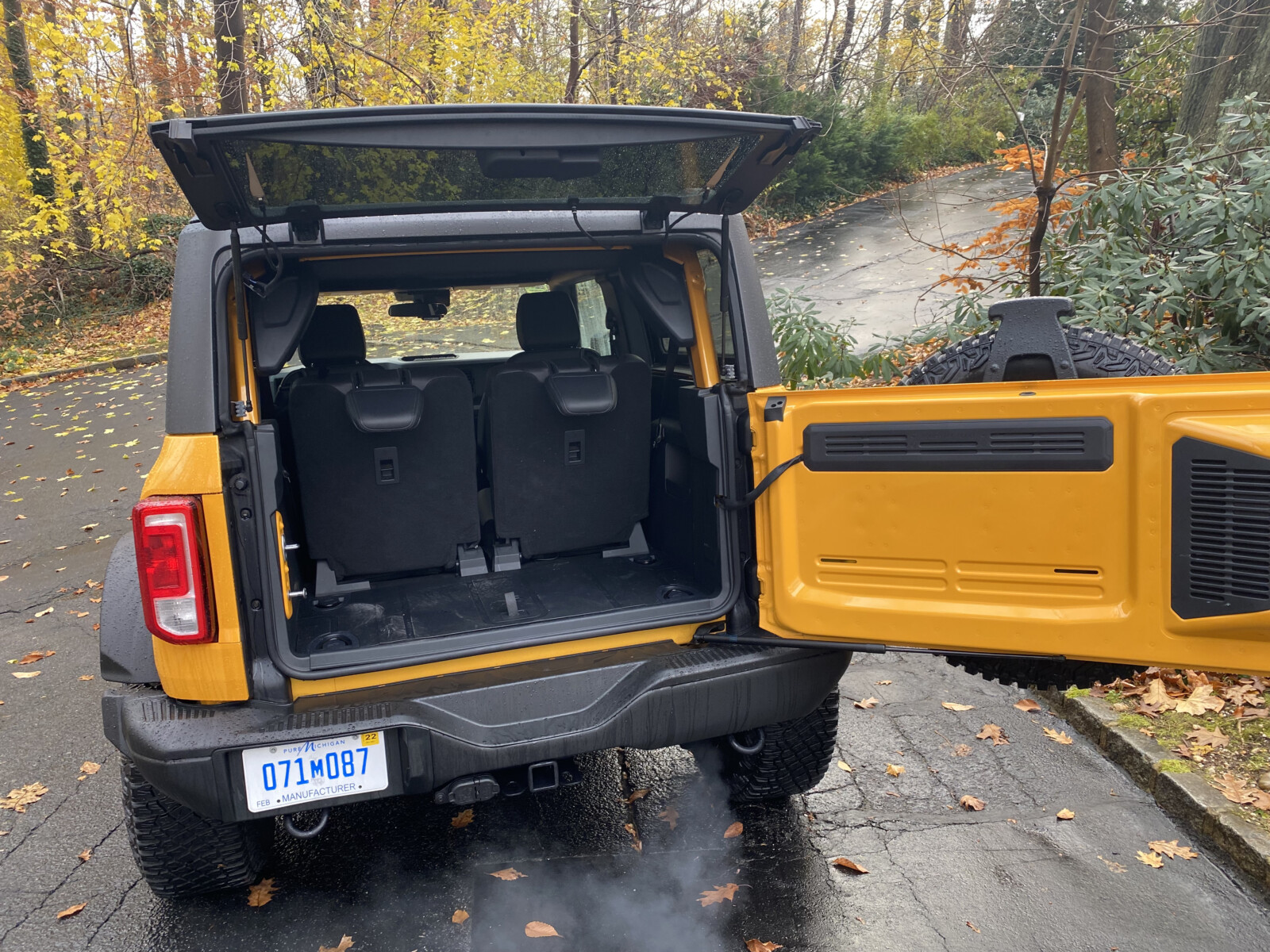 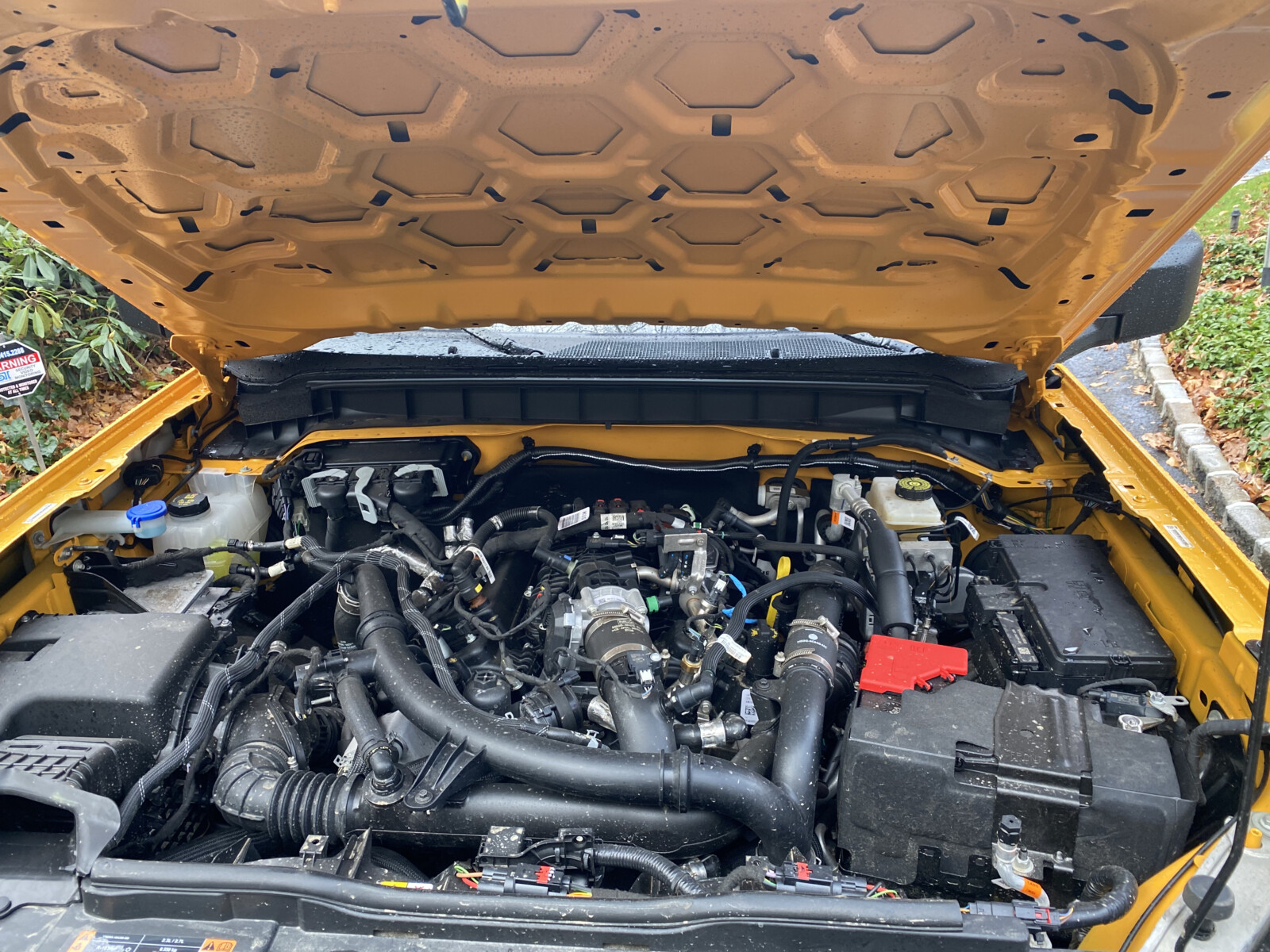