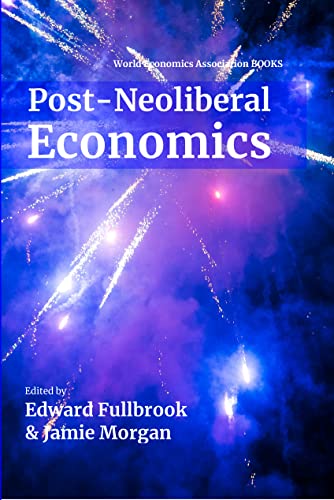 If economics is indeed concerned with how humankind goes about sustaining its own life, day to day, then representing that complexity must be built into the ontology of economic models.  Adjustments to variables, parameters and reference data can all contribute to improving models, but they do not necessarily address the ontological limitation that, in the original liberal theory “representation, [read that of Jevons and Walras] the economic process neither induces any qualitative change nor is affected by the qualitative change of the environment into which it is anchored” (NGR71:2).  This limitation is carried forward, in neoliberal theory, which continues to rely on the mechanical-physics-based mathematics of Walras, albeit with permutations and sometimes remarkable arithmetic acrobatics, and, it must be said, also much of heterodox economics, which continues to seek out ways to adjust and correct the math, in lieu of engaging with this root problem.  The brunt of the problem is, as described by Georgescu-Roegen, that “in the long run or even in the not too long run the economic (as well as the biological) process is inevitably dominated by a qualitative change which cannot be known in advance” (NGR71:17) and which “eludes arithmomorphic schematization” (NGR71:63).  In other words, this particular limitation in both liberal and neoliberal theory, that they fail to include the process of becoming, of causing to come into being, is not a limitation in the calculations but rather in the configuration of the mathematics underlying them (Mayumi, 2001)